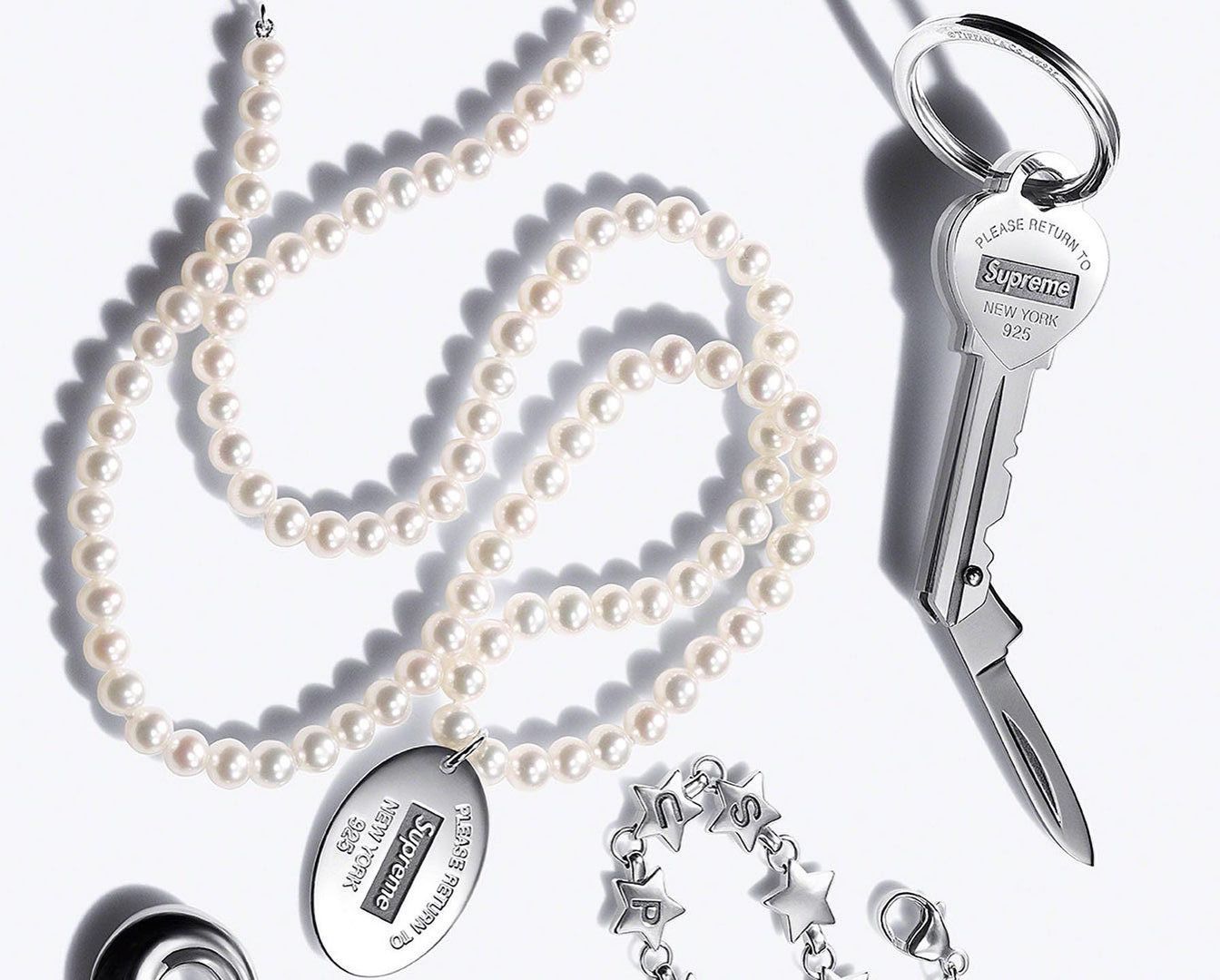 where jewelry and streetwear meet

The mix of genres and styles is more relevant than ever in the world of fashion, where the collaborations all seem more unexpected than the others. The last brings together two very distinct universes – jewelry and streetwear – and two big names: Tiffany & Co. and Supreme. And it is a combination that is already shaping up to be a success for sure …

A shock wave rocked the fashion world this weekend – and we’re hardly exaggerating – when legendary jeweler Tiffany & Co. and luxury streetwear giant Supreme simultaneously posted a teaser on social media suggesting a collaboration. Almost 24 hours later, the rumors were confirmed, with two new simultaneous posts giving a more precise idea of â€‹â€‹what the fruit of this partnership will look like.

The jeweler has indeed partnered with Supreme on a collection of solid silver jewelry, mixing the style and DNA of each brand. Some pieces have a touch of bling – even if it’s still quite subtle – like a key-shaped keychain that transforms into a pocket knife, and a bracelet with several stars. The collaboration also uses noble and high-end materials typically associated with the know-how of Tiffany & Co. with a necklace made entirely of cultured freshwater pearls.

Called “Return to Tiffany”, the collection is inspired by a series of pieces launched in the 1960s, explain the two houses on their respective Instagram pages. The collaboration, which runs from November 11 globally – or November 13 in Japan – also includes a logo t-shirt.

After presenting BeyoncÃ© and Jay-Z in its latest campaign, Tiffany & Co. seems to be continuing its diversification effort and reaching a new, younger target with this collection. She is embodied by various young talents, including skateboarder, designer and model Sean Pablo.

This article is published via AFP Relaxnews.

8 strategies for maintaining a healthy relationship with food