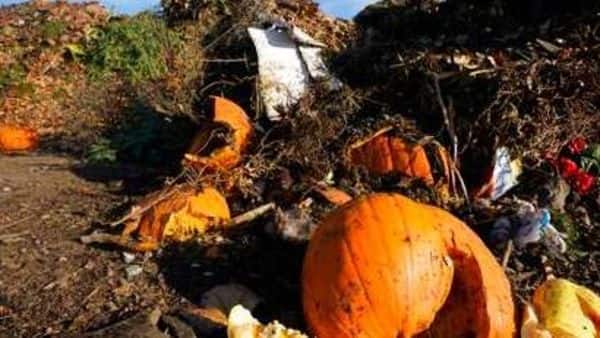 The neglected case of reducing food loss and waste

The way we produce, store, transport, process, package, distribute and consume food generates pollution that accounts for one-third of global anthropogenic greenhouse gas (GHG) emissions, according to estimates. During the same stages, a substantial amount of food is lost or wasted. This lost or wasted food – which has already used up scarce and precious resources such as land, water, energy, fertilizers, labor and capital, and been a source of emissions – generates additional emissions if it ends up in a landfill (which is a common occurrence in India).

The recently released Sixth Assessment Report (AR6) of the United Nations Intergovernmental Panel on Climate Change on the phenomenon unquestionably captures the human influence on global warming, which contributes to the increase in agricultural droughts which can, in turn, affect food production around the world. This is a perfect opportunity for most countries, including India, to minimize food loss and waste, which can reduce emissions while enabling resilient food systems. The question is considered important but must be recognized as a priority in the research and action programs of the institutions.

Cost of food production and waste: The agricultural sector in India contributed around 14% of the country’s emissions in 2016, mainly due to animal husbandry, rice cultivation and the application of fertilizers. The overall contribution of emissions from the food sector would increase considerably if one included estimates from energy use in storage, packaging, processing and distribution, for which reliable figures are unfortunately not available.

In addition, the agricultural sector is the largest user of available fresh water, which is already a scarce resource in our country. Our food production systems are already under pressure to provide sufficient quality food for our growing population, and are inextricably linked with the health of soils and water bodies to maintain biodiversity and ensure the health of our people. Almost 30% of the world’s agricultural land is currently used to produce food that will not reach our plates. Thus, the environmental costs of growing food are so immense that there is no justification for wasting and wasting food.

Need to measure food loss and waste: globally, it is estimated that one third of food is never consumed, which represents 8 to 10% of total GHG emissions. While about 14% of food is lost between harvest and retail outlets (also known as post-harvest losses), 17% is wasted at the household, retail, restaurant and shopping level. other catering services in the world. India needs to understand the exact extent of food loss and waste, as well as their social, economic and environmental impact.

The main challenge is to identify the “critical loss points” (stages that have the most loss / waste) in a food supply chain as well as the geographic hot spots for loss / waste in India.

The lack of relevant data means we cannot count on coordinated, evidence-based political actions to alleviate the problem. This underscores the urgency of systematic data on food loss and waste, as highlighted in a recent WRI India study titled Food Loss and Waste in India: The Knowns and The Unknowns. The lack of meticulous estimates of the true extent of the problem makes it difficult to increase the visibility of a problem requiring comprehensive action plans for loss and waste reduction.

To help solve the problem, we need to adopt harmonized criteria or protocols, which, when available for dissemination, would aid efforts to increase public awareness of food loss and waste at all levels. Such information would be invaluable to government, agribusinesses, research institutes, universities and civil society. Once we have the required data, we can set reduction targets and take specific actions focused on critical loss points and geographic hot spots.

Recognition of issues as a priority: For a country like India, which produces and consumes some of the world’s largest amounts of food, any loss or waste is not only an ethical issue, but also a clue for practical action – it gives us a chance to build sustainable food systems for the future.

India’s importance as a global player in reducing GHG emissions cannot be denied and the dimensions on which we act against air pollution should be broadened. The food losses we face go far beyond the cause of nutrition. Indeed, it is about the overall health of our people and the natural ecosystem, from plants, animals, soil and water to various forms of biodiversity. All of these are intertwined, as was succinctly outlined at this year’s United Nations Food Systems Summit.

Each of us has a role to play in the global fight against climate change. For starters, we can reduce the amount of food that ends up in our own homes.

Santa Claus cycling on a roll after forced disruption by pandemic