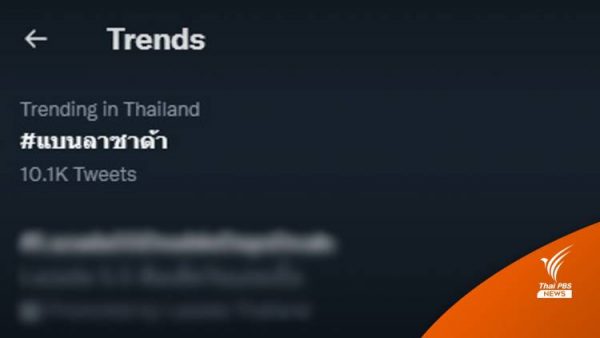 A number of retail outlets selling products from Royally-sponsored projects in Thailand have stopped taking orders from customers through the Lazada online shopping platform. Although no reason was given in any of their announcements, the changes occurred following the #banLazada trend on Thai social media, in response to a promotional video, uploaded to TikTok, which was deemed inappropriate and , by some, to offend the royal family and the disabled.

A Facebook post from “Doi Tung Club” on Friday says their stores under the “Mae Fah Luang Foundation” are revising their online sales platforms, but customers can still purchase their products online through its website and several other outlets. sold online.

No reason was given for the overhaul of online shopping channels, although Lazada was not mentioned among the platforms that are still accepted by “Doi Tung” outlets.

Stores selling “Patpat” products, from the Chaipattana Foundation, also announced the suspension of accepting orders through Lazada and apologized to their customers for the inconvenience.

The Royal Chitralada Projects and the Corrections Department also announced the termination of their ties with Lazada. In a Facebook post Saturday from corrections department-operated “Wansook” stores that sell inmate-made products, the department said it pulled out of the Lazada platform for “adjustments,” but customers can still order online via Facebook or the Line app.

Meanwhile, “mr.big” pillows and “Zolbabyworld”, which sells child and maternal development products, have also stopped accepting orders through Lazada, but other platforms are acceptable.

No reason was given for the boycott of Lazada, other than a claim that they were overhauling their online sales channels, but it is believed to be linked to calls from royalist groups to boycott the international giant.

Lazada and the company involved in producing the controversial video have issued a public apology for their oversight failure, but some royalists and pro-monarchists have demanded accountability from Lazada and action against alleged offenders.

The video, posted on TikTok, shows two online influencers, Aniwat Prathumthin and Thidaporn Chaokuwiang, promoting the Lazada platform for clothing shopping. Thidaporn is seen in the clip wearing a traditional Thai costume and sitting in a wheelchair. Aniwat is seen accusing Thidaporn, who plays the mother from a noble background, of stealing her clothes.

The wheelchair and reference to Thidaporn’s noble ancestry has been considered, by some, to indirectly refer to a member of the Thai royal family who is currently in a wheelchair.

A complaint was filed yesterday (Saturday) against Aniwat, with the Technology Crime Suppression Division, by political activist Srisuwan Janya.