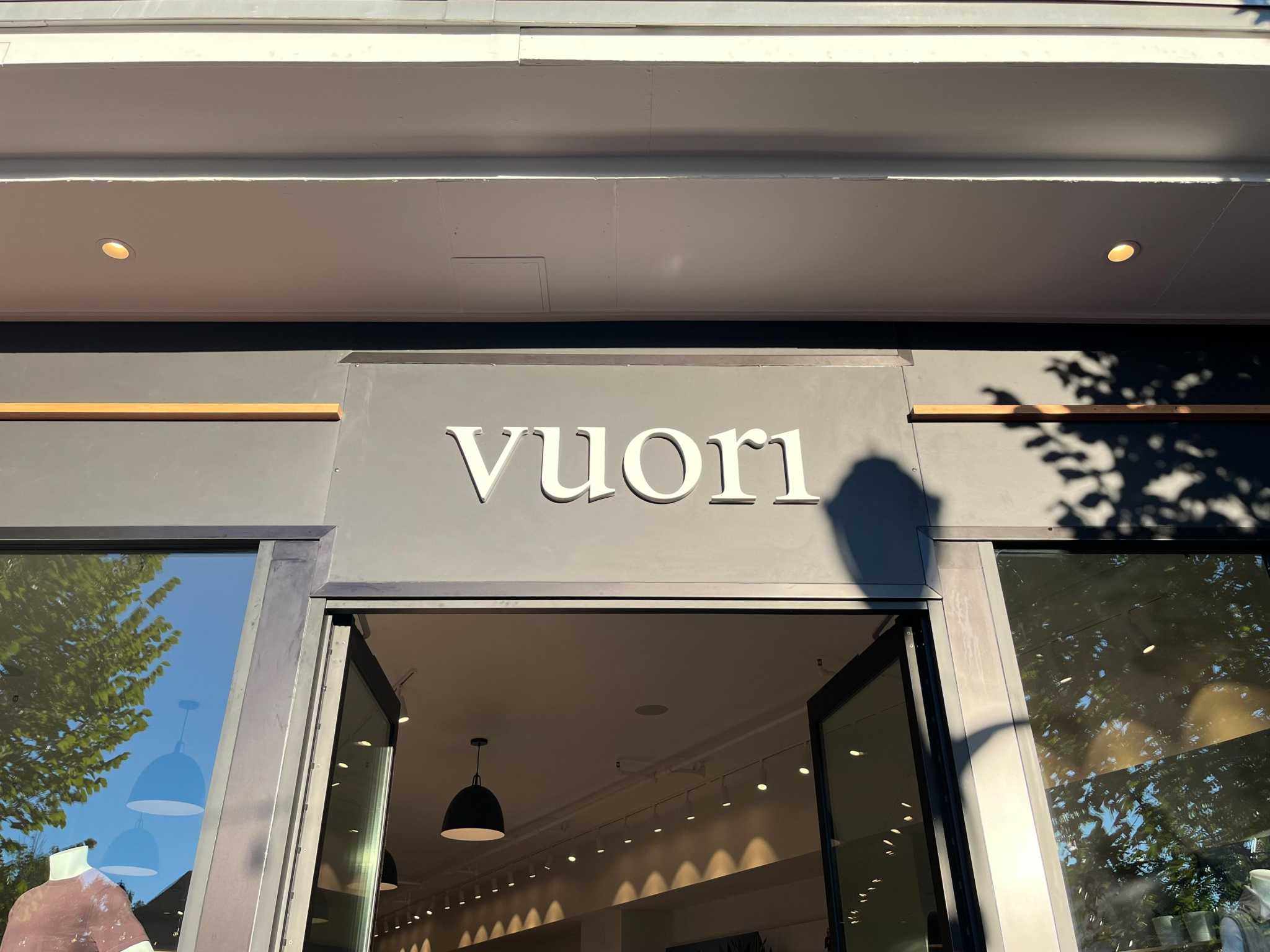 WESTPORT — Southern California-style activewear has made its way to southern Connecticut with the launch of Vuori, a new store at 166 Main Street that opened Sept. 2.

Vuori calls itself “a fresh take on performance apparel,” inspired by the active lifestyles of coastal California.

The company got its start in 2015 in Encinitas, Calif., with CEO Joe Kudla, who played sports and injured himself, before turning to yoga.

River Stevens, managing director of Vuori, said that Kudla couldn’t find clothes that worked for him, so he decided to take matters into his own hands and get into the clothing business.

Products range from shorts to pants, tank tops, t-shirts, hats, bags and other accessories and much more.

Stevens said the Westport store is his 22nd location and the first in the state. There are other locations in California, Arizona, Utah, Texas, Massachusetts, and Washington, among others.

He compared it to their home base in Encinitas, citing similarities between the communities.

“Everyone’s family – it feels like the community is close here,” he said.

There has also been an influx of online orders from the area, Stevens said.

Zak Allegri, community and training manager for the east, said: “Our biggest customers come from Westport.”

Allegri also noted that Westport is an active community, which fits well with Vuori’s brand.

Stevens said there is versatility in Vuori’s clothing, where items can be worn multiple times. He compared Vuori’s style to Lululemon and Athleta, with Southern California elements.

“The colors are a bit more subdued,” he said. “We use a lot of recycled polyester, organic cotton.”

He added that Kudla “really cares about the product, the specs and its functionality,” Allegri said. “It’s designed to move in, designed to sweat, styled for life.”

Vuori held an exclusive pre-opening event on September 1. The event drew a large and enthusiastic crowd, he said.

“To see that they’re excited for us to be here and to see people wearing it when they arrive is so cool,” Allegri said.

Allegri said Vuori will host community events, such as yoga inside the store and other classes.

“We are very connected to our community,” Allegri said.

Inside the store, the company usually presents its new products. Stevens said new items are brought in every four to six weeks.

Allegri said the most popular items include the men’s Kore Short and the women’s performance joggers.

“I think they’re working a few years ahead of us right now,” Stevens said of Vuori’s designers.

Currently, the brand is also sold in other stores, such as Nordstrom and REI.

“We have an investment in happiness,” Allegri said. “You can test your product. If you don’t like it, you can return or exchange.

Stevens said he hopes Vuori grows in Connecticut and that they can make a deep connection with the Westport community.

“Take a bit of the west coast and bring it to the east coast,” Stevens said of Vuori.