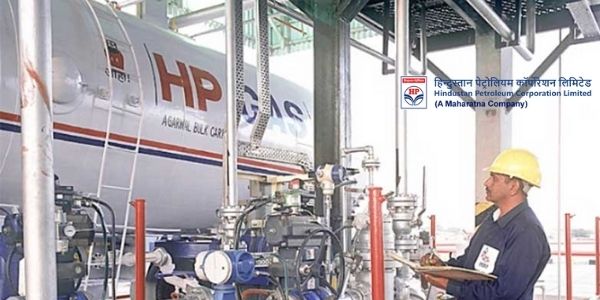 During the second quarter, HPCL achieved a domestic sales volume of 8.79 MMT compared to 8.10 MMT of the previous year for the same period, which represents a growth of more than 8%.

Mumbai HPCL Refinery completed one of the most complex reorganization and connection works in the Mumbai Refinery Expansion Project this quarter for which the Mumbai Refinery had closed since April 2021. Work on the Mumbai Refinery Expansion Project is completed. The main units are commissioned and are at an advanced stage of stabilization. This will increase the production capacity of the Mumbai refinery from 7.5 MMTPA to 9.5 MMTPA with improved energy efficiency. The CDU III unit at the Visakh refinery, which suffered a fire in May 2021, was restarted after completing the necessary inspection and repair activities. The Visakh refinery is now operating at full capacity. Despite the above, HPCL refineries processed 5.04 million metric tonnes of crude from April to September 2021. The pipeline throughput for the period from April to September 2021 is 9.09 MMT.

To ensure the availability of alternative fuels and offer more choice to customers, CNG plants were commissioned at 135 retail outlets from April to September 2021, bringing the total number of retail outlets with CNG facilities at 809. In September 2021, EV charging facilities were provided. at 327 stations were supplied in HPCL points of sale. 487 mobile vending machines have also been put into service.

During the quarter, HPCL launched its â€œHappy Storeâ€ branded store in Mumbai, making a foray into fuel-less retail. HPCL plans to establish additional HP Club â€œhappy shopsâ€ in Mumbai and other major cities across the country at its retail outlets. To meet the growing number of premium vehicles, HPCL has also launched power 100, ultra-premium grade gasoline with an octane rating of 100. In addition, to extend digital payment options to customers, HPCL has also enabled fuel payments using ICICI Bank FASTag which has been integrated into HPCL’s Drive Truck Plus loyalty program for commercial and fleet customers.

The HPCL R&D center in Bengaluru has received 110 patents, including many international patents, over the past 5 years, making it one of the fastest growing R&D facilities in India. 53 POL locations were converted to â€œsmart terminalsâ€ in September 2021, with end-to-end automation for increased operational efficiency, security and convenience for stakeholders.