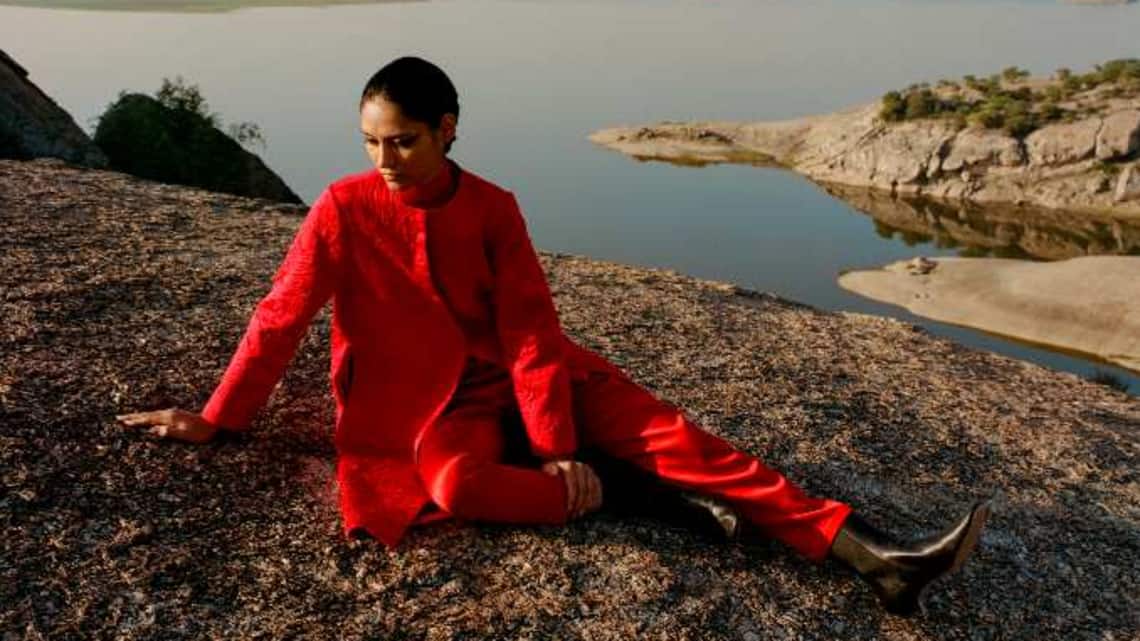 No trend is the new fashion trend

This season was all about an in-depth study of streetwear, extraordinary daywear and gritty glamour. Consider pairing your mom’s tweed coat with ripped denim shorts, throwing a varsity bomber over a pleated metallic skirt, or contrasting a romantic lace blouse with trusty old jeans. It seems the trend in the future is to go with whatever you want: mix the sublime with the ridiculous, the mundane with the avant-garde, or combine them all together. In other words, dressing luxurious with lazy comfort pieces seems like the winning formula at a time when the virus has pushed us indoors once again.

Artistic director Maria Grazia Chiuri at Dior set the blueprint for this phenomenon when she confronted her couture expertise with sportswear flourishes at the brand’s Resort 2022 outing in Athens last year. Both sporting symbolism and Greek mythology, pleated goddess dresses were paired with sneakers, and crisp white shirts were casually worn with harnesses. She doesn’t want the only one, though.

Hedi Slimane’s show notes in Céline’s fall 2021 lineup, which read: “utopian parade and melancholic reverie of interrupted youth,” also indicated the growing affection for glam street style. The show included a camel coat layered over a hoodie, an asymmetrical crop top and jeans with a herringbone jacket and a camouflage print puffer jacket paired with a midi dress. Valentino’s designer Pierpaolo Piccioli also sang the same tune during the Resort 2022 show, with looks resembling a feathered sweatshirt worn with shorts and trainers, an intricately embroidered eyelet shirt worn with fitted trousers, sneakers with laces and a bucket hat. Basically, daytime couture served with eccentric frills. Even at home, Sher Bagh, a recent collaborative effort between Raw Mango label and luxury hotel chain Sujan co-founder Anjali Singh, was a collection of stylish clothing and textiles featuring safari caps, advocating the conservation of wildlife and the harmonious coexistence between humanity and nature.

It’s all about you

One of the reasons for the growing popularity of glam streetstyle is that it allows people to express themselves better. Moreover, the pandemic has made us realize that even in comfort, we can incorporate luxury. As designer Hemant Sagar of the brand Genes Lecoanet Hemant says, modern clothing choices are driven by individuality. “And that expression can be multi-layered and echo various styles. Urban style elements are a great canvas to do just that. Monochrome graphics, luxurious prints and embellishments, refined fabrics. It all works really well with the street DNA,” he says. “We too have always been inspired to explore street style, but with a twist, like the sweeping views of snow-capped mountains on bomber jackets and the colorful Brasso print on a crisp shirt that brings a sense of whimsy. .”

New Gossip Girl The series may have garnered a mixed response, but it was hard to ignore its overall style, which was sporty, laid-back, and bold compared to the dressy, decidedly pretty aesthetic of the original.

Designer Nainika Karan of the Gauri and Nainika label observes that brands at all levels have stayed true to their core DNA while giving it a fun, laid-back street edge. “The pandemic has changed the overall approach to dressing. Even though athleisure has been huge over the past five years, people are now looking for comfortable clothing. That’s why you see unabashedly glamorous versions of sweatpants and sneakers on the shelves and in lookbooks. Today, tailoring is presented with a touch of chic comfort and a sporty touch,” explains the designer, who recently presented tulle dresses with biker boots.

“I wore my own dresses with wedge heel sneakers. I could dance the night away, because they were super comfortable. Also, people got tired of the singular idea of ​​evening glamour. There’s a constant need to reinvent themselves, which can take the form of inculcating street influences or sportswear,” she adds.

“Acceptance of one’s individuality also makes one more comfortable in one’s choices and lately that awareness has increased. And that I think has brought street style more into the mainstream. place in wardrobes much more than glitter and sequins, bringing bright vibes and lots of comfort.Graphic tees and quotes are a projection of the loud mindset people are adapting to after a long silence (due to the pandemic),” he explains. “Everyone wants to make the most of their life now, especially with all this Omicron news now. The mindset is to make each day larger than life.

A perfect street-style glam look, according to Gupta, is a turtleneck top with graphics, along with loose jeans and a jacket. Or, a printed crop top over a pleated skirt paired with sneakers or boots.

A trendy car coat could also be a cool layering choice for chilly weather, suggests designer Prreeti Jaiin Nainutia of the Nirmooha brand. “The monochromatic metallic trench can be teamed with a long straight plain dress for a striking streetwear shine.”

Obviously, no rule is the new rule as long as you can make it work. The boundaries between daywear and nightwear, street and couture, spring/summer and fall/winter have blurred, creating a chic utopia of individualistic style.

Manish Mishra is a fashion journalist and content creator.

Read also : The velvet gets a makeover

Scandinavian clothing brands that will upgrade your wardrobe