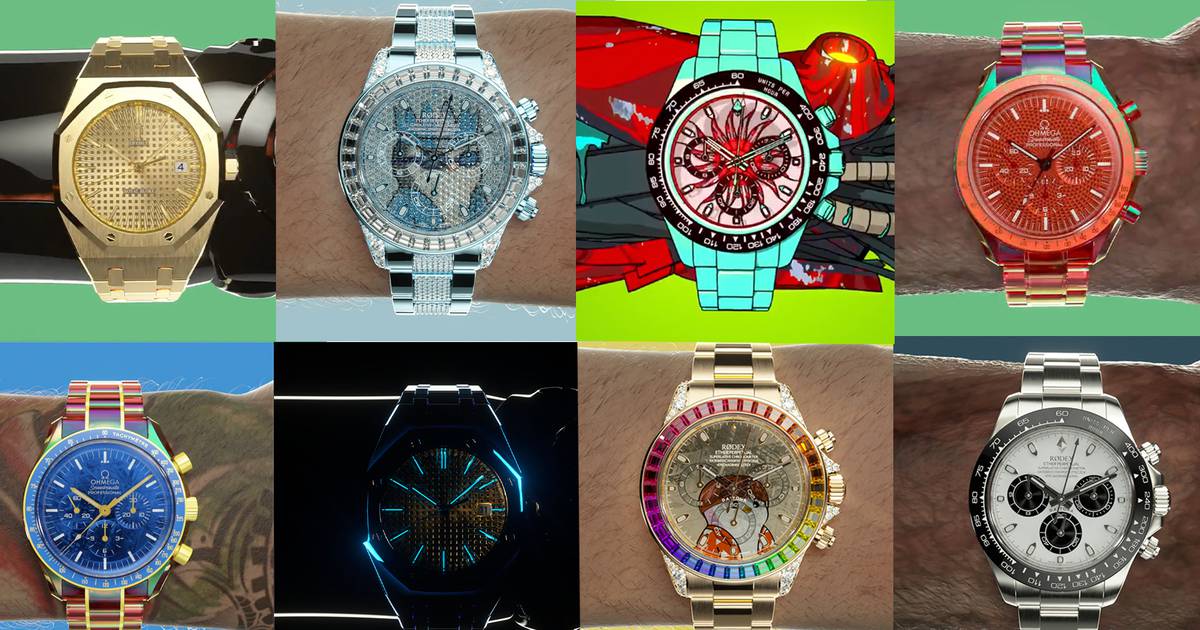 Luxury watch brands are wondering if the booming market for virtual goods created by the rise of NFTs and the early stages of the metaverse presents a real opportunity or a real headache.

For opportunists, early entry into the metaverse — a persistent parallel reality created by assembling virtual worlds, where users can buy and “wear” digital goods — could give them a long-term competitive advantage. After all, the luxury watch and NFT markets are both rooted in a collectible culture.

But the metaverse also challenges the fundamental philosophy of the biggest companies in the industry, namely that mechanics and craftsmanship have deep meaning and lasting value. Additionally, the formless, unregulated metaverse is a virtual Wild West for carefully crafted reputations.

Whatever the calculation, few are unaware of the phenomenon.

In January, LVMH Chairman Bernard Arnault said on the company’s earnings call that the metaverse presented a business opportunity, but was cautious, saying the group was in no rush to ” sell virtual sneakers for €10″.

Watchmakers began to dabble in space. Last year, Jacob & Co. became the first high-end brand to sell a digital version of one of its watches, the NFT SF24 Tourbillon, which sold at auction for $100,000. In February, Louis Moinet, which only makes a few hundred physical watches a year, offered its first NFT collection, a series of 1,000 unique pieces that it said sold out in seven minutes when it went on sale on last month.

But many remain behind closed doors. Stéphane Bianchi, head of LVMH’s Watches and Jewelry division, confirmed in January that brands in his stable – which includes Bulgari, Hublot and TAG Heuer – were experimenting with the technology. “At the end of the day, we should be part of it and we will,” he told the New York Times in January.

TAG Heuer chief executive Frederic Arnault confirmed the brand is exploring the space, while Bulgari chief executive Jean-Christophe Babin said he sees huge potential in NFTs and the metaverse. “The Metaverse could be a magnifying glass of the real world and take us to a dreamland, like Alice in Wonderland,” Babin said. “That then creates enormous value.”

But the metaverse also opens up a world of legal wrangling. In January, Hermès sued Mason Rothschild over its “MetaBirkin” NFTs, alleging trademark infringement. It will be interesting to see what happens to Generative Watches, a collection of 1,000 NFTs designed by the two greatest Swiss watchmakers.

What Rolex does with founder Jesus Calderon’s ‘Rødex Bitmariner’, a swipe at the superbrand’s Submariner design, remains to be seen. Meanwhile, Calderon told watch website Hodinkee earlier this year that he sold 68 virtual watches for around $700 apiece, and the one he gave away changed hands in the secondary market for the equivalent of $20,000.

For now, brands are left with more questions than answers.

Since real-world watches are designed using 3D software, producing NFT watches would be relatively inexpensive and easy. But how to set appropriate volumes and selling prices? “The laws of the metaverse will be very similar to the real world,” Babin said. “If you make a few, they are expensive. If you make a lot of them, they cost little. But whether the price should be higher or lower than the real coin, it’s hard to tell.

For all its cultural influence, the Swiss watch industry remains very conservative and many brands are expected to stay away from the metaverse. “Swiss brands are going to be worried about perception and they will be really late to the party,” said William Rohr, former managing director of watch forum TimeZone and founder of watch brand Massena LAB.

“But if they decide to invest, the big hitters like Rolex will invest heavily and try to take up as much space as possible because the rest of the industry will follow like a herd,” he added. “I think that will happen in the second half of this decade.”