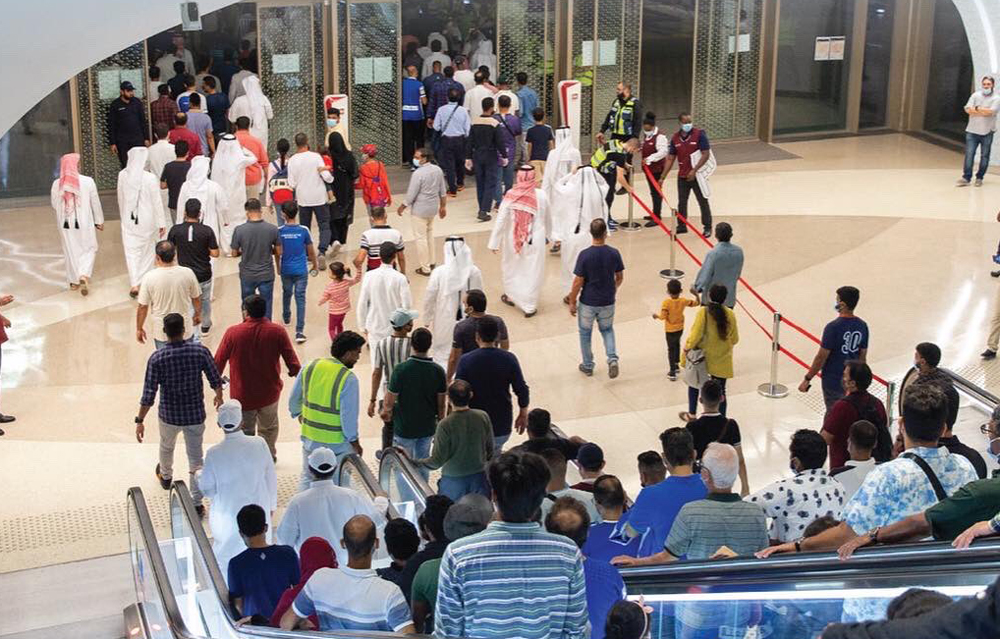 DOHA: Qatar Railways Company (Qatar Rail) has announced that Lusail QNB Metro Station has set a new record for the total number of passengers received in one day at a single station in Doha Metro.

In a tweet on Saturday, Qatar Rail said more than 97,000 passengers, the highest so far in the metro’s history, were received at the station on Friday, the day of the Lusail Super Cup match between Al -Hilal from Saudi Arabia and Zamalek from Egypt. .

Al Hilal won the game after beating Egypt’s Zamalek 4-1 in a penalty shootout as Qatar showed they were ready to host the FIFA World Cup by staging a blockbuster at the Lusail stadium.

Since its launch, the Doha Metro has witnessed wide public participation by residents and visitors to Qatar. The metro continued to play an important role in the success of organizing major events and hosting various events, including sports.

During the last Eid Al Fitr break from May 2 to 5, around 735,000 people, including 540,000 passengers during the temporary closure of the Corniche from May 3 to 5, used its services.

During this period, total metro ridership was recorded at 705,000, while the Lusail tramway carried 30,000 passengers. The public used metro and tram services to travel to shopping malls, parks and other leisure destinations covered by the networks.

Thanks to the use of the Doha Metro during this period, there were 150,000 fewer cars on the roads in Doha, resulting in a reduction of 200 tonnes of CO2 emissions.

The Doha Metro has 37 stations across three lines, including the Red Line, Golden Line, and Green Line. A commercial area of ​​approximately 9,200 m2 is spread over 213 points of sale.