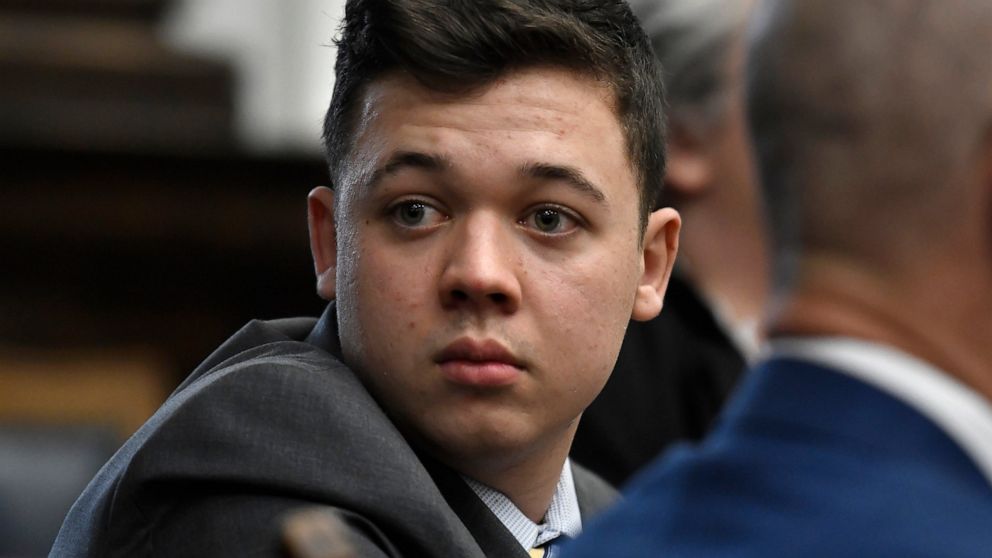 KENOSHA, Wis. – A judge on Friday approved an agreement between lawyers to destroy the assault rifle that Kyle Rittenhouse used to kill two people and injure a third during a 2020 street protest in Wisconsin.

Assistant District Attorney Thomas Binger said the state crime lab will destroy the weapon, likely in April. Judge Bruce Schroeder, the Kenosha County judge who presided over Rittenhouse’s trial, approved the deal. Rittenhouse was not in court for Friday’s hearing.

The judge also ordered that Rittenhouse’s $2 million bail be split between his attorney, a foundation that solicited donations for his defense, and actor Ricky Schroder, who donated to the defense fund.

Rittenhouse shot the men during the 2020 Kenosha protest. He killed Anthony Huber and Joseph Rosenbaum and wounded Gaige Grosskreutz in the arm. Rittenhouse maintained that he fired in self-defense after each of the men attacked him. Last year, a jury acquitted him on several counts, including homicide.

Rittenhouse’s attorney, Mark Richards, filed a motion Jan. 19 asking prosecutors to return Rittenhouse’s gun, ammunition, face mask and other clothing he was wearing on the night of the shooting. Richards and David Hancock, a spokesman for Rittenhouse, said last week that Rittenhouse, who is now 19, wanted to destroy the rifle and discard the rest of the items so that nothing could be used as a political symbol or trophy celebrating the shooting.

“We thought no one should take advantage of it,” Richards told reporters after the hearing. When asked if anyone had reached out to buy the gun, Richards replied, “Lots of people.” He did not specify.

The destruction of the weapon will be recorded as part of the agreement which was approved on Friday. The rest of Rittenhouse’s property has already been returned to him, Binger told the judge.

Conservatives across the country praised Rittenhouse, saying he defended Kenosha against far-left activists. The Liberals painted him as a trigger-happy vigilante.

On Friday, the judge also ordered county officials to release Rittenhouse’s $2 million bond. His lawyers have raised funds through donations from conservatives across the country.

The judge approved an agreement to split the money between Richards’ law firm and the #Fightback Foundation. Lawyers Lin Wood and John Pierce, who represented Rittenhouse early in the case, formed the foundation to raise money for him. The deal also includes sending $150,000 to Schroder, the former star of the 1980s “Silver Spoons” TV series.

The Patent and Trademark Hedge Fund Trust filed a petition Thursday seeking the $2 million. The fund’s co-administrator, Mariel Johnson, argued in an affidavit that the fund gave up to $2.5 million to Pierce to finance his affairs and tried to recover the money after the cabinet dissolved. Pierce lawyers. Johnson noted that the fund gave him $300,000 to post for Rittenhouse’s bail and was entitled to every dollar used by Pierce to cover Rittenhouse’s bail.

Schroeder denied the motion, ruling that the fund’s attorneys are not licensed to practice in Wisconsin.

Richards declined to say after the hearing how much of the bond money would go to Rittenhouse. He did not immediately respond to a follow-up email message.

Rittenhouse’s case dates back to August 2020, when a white Kenosha police officer shot Jacob Blake, a black man, during a domestic disturbance. The shooting left Blake paralyzed from the waist down and sparked several nights of protests.

Protests have at times turned chaotic, with people burning down buildings. Rittenhouse and his friend, Dominick Black, joined a group of militia members to protect a used car parking lot on the night of August 25, 2020.

Rittenhouse, who was 17 at the time and lived in Antioch, Illinois, was armed with an AR-15 type rifle that Black had bought him earlier that year because he was too young to shoot. purchase a firearm under Wisconsin law.

According to the motion, Black had agreed that the rifle would become Rittenhouse’s property on his 18th birthday, January 3, 2021.

Bystanders and surveillance footage show that just before midnight, Rosenbaum chased Rittenhouse and Rittenhouse shot him as he closed in on him. He shot Huber after Huber swung a skateboard at his head and Grosskreutz after Grosskreutz rushed at him holding a gun. Everyone involved in the shooting was white.

Black did not contest two citations earlier this month for aiding in the delinquency of a minor in exchange for prosecutors dropping two felony charges of intent to sell a dangerous weapon to a person of under 18 years old.