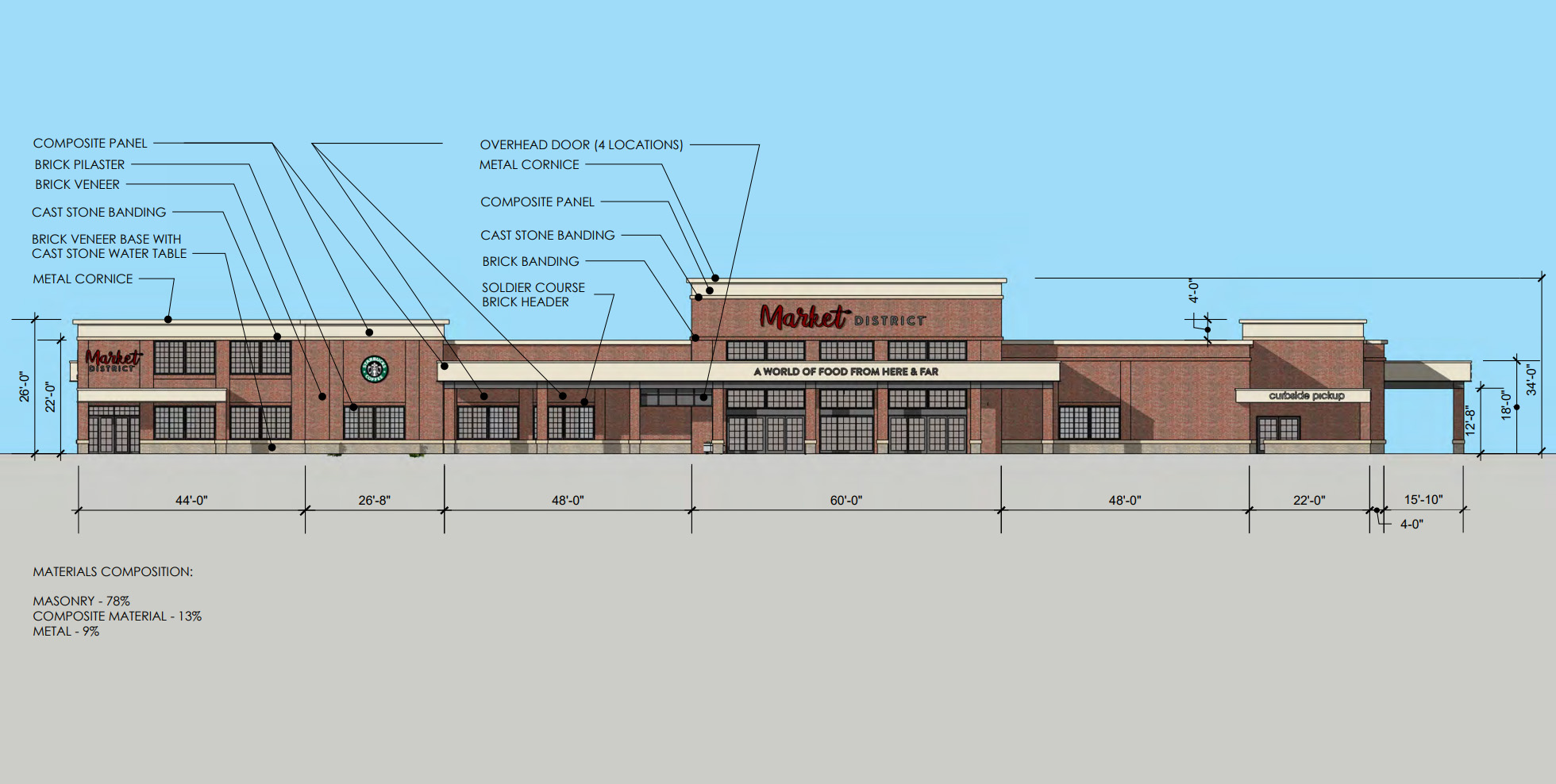 The Market District store in Westfield is expected to be approximately 50,000 square feet. (Image courtesy of the Town of Westfield)

Plans for the 49,600 square foot store are set to be reviewed by Westfield’s Plan Advisory Commission on September 6.

Giant Eagle, which has more than 470 outlets ranging from convenience stores to supermarkets, entered the Indianapolis market in October 2015 by opening a 120,000 square foot Market District supermarket at 11505 N. Illinois St. in Carmel. The massive store, which includes a pharmacy, beauty salon, restaurant (Osteria Carmel) and banquet center, employs more than 500 people.

Giant Eagle officials did not immediately respond to a request for additional information about plans for the Westfield store.

According to plans, the store will be built on six acres about a block north of SR 32. The property will be bordered by Grand Park Boulevard to the west and East Tournament Trail to the south. The area is south of the Grand Park Sports Campus.

The plans were submitted to the Westfield Advisory Plan Commission by Carmel-based engineering firm Kimley-Horn and Associates Inc.

Carmel’s Market District is one of Giant Eagle’s large-format stores, but the company’s 91-year-old portfolio of 216 supermarkets has locations ranging from 10,000 square feet to 120,000 square feet.

Giant Eagle is one of the 40 largest private companies in the country, according to Forbes magazine. It employed more than 10,600 people and had more than $10 billion in revenue in fiscal year 2021.