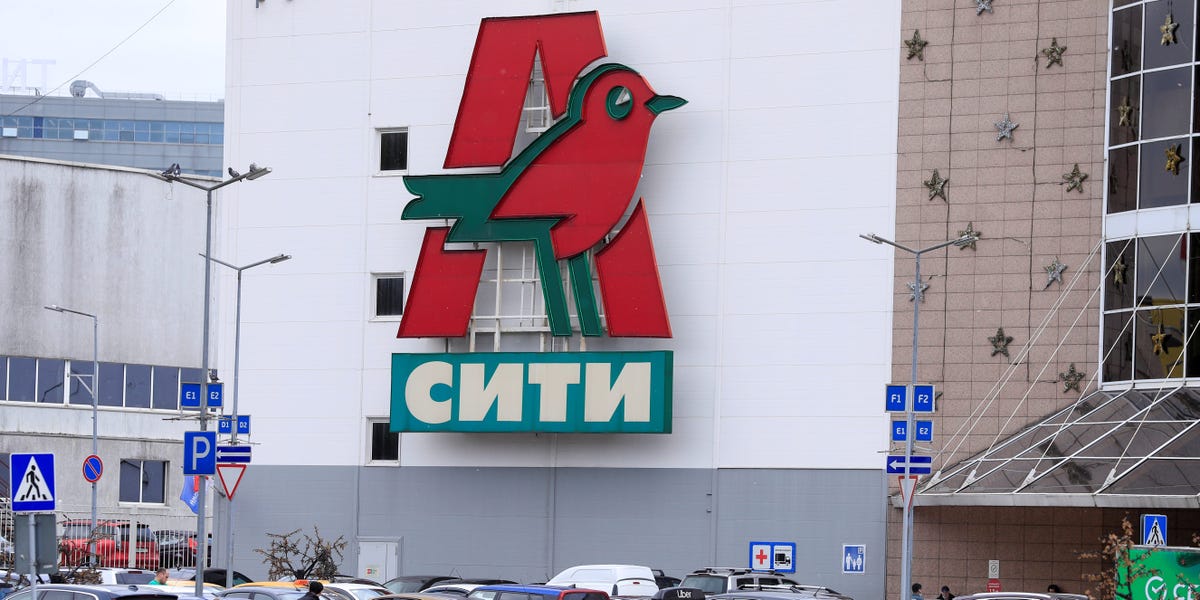 French retailer Auchan said it would continue its business in Russia as normal, Le Journal du Dimanche newspaper reported on Saturday, despite calls for its stores to close amid the Russian invasion of Ukraine.

In a newspaper interview, Auchan CEO Yves Claude said the brand would remain operational in Russia and Ukraine.

“The most important thing for us is to protect our employees and ensure our primary mission, which is to continue to feed the populations of these two countries,” Claude told the newspaper.

He also said that withdrawing from Russia would risk “expropriation”, while transferring its assets to a third party would simply strengthen the local economy and not bring peace.

The retailer’s decision to keep the brand operational in Russia comes as more businesses temporarily close stores in the country. Retail giants such as H&M, Starbucks and IKEA all suspended operations in Russia in the weeks after the invasion began on February 24.

The retail giant’s sister company, Leroy Merlin, which sells home and garden items, recently said it plans to expand the number of products on offer in its Russian stores to fill the void left by brands that have withdrawn.

Representatives for Auchan and Leroy Merlin did not immediately respond to Insider’s request for comment when approached on LinkedIn.

Ukrainian Foreign Minister Dmytro Kuleba has called for a boycott of Auchan on Sunday, tweeting: “Apparently the job losses in Russia are greater than the loss of life in Ukraine.”

Auchan has about 30,000 employees and more than 200 stores in Russia, according to Reuters. The company generated 3.2 billion euros, or about $3.5 billion, in sales in Russia last year, or 10% of global sales, according to Bloomberg.

Retailers still operating in Russia have come under pressure to close stores, including from Ukrainian officials. Ukrainian President Volodymyr Zelenskyy has previously criticized Auchan, alongside Swiss food conglomerate Nestle, for using “cheap PR” to defend their decision to operate in Russia.

Nestlé recently said it would withdraw some brands from Russia, but would continue to supply “essential foods” there.

Russian officials have threatened to seize the assets of Western companies leaving the country and nationalize foreign business units that remain. Moscow has threatened to arrest leaders who criticize Putin’s government, the Wall Street Journal reported.