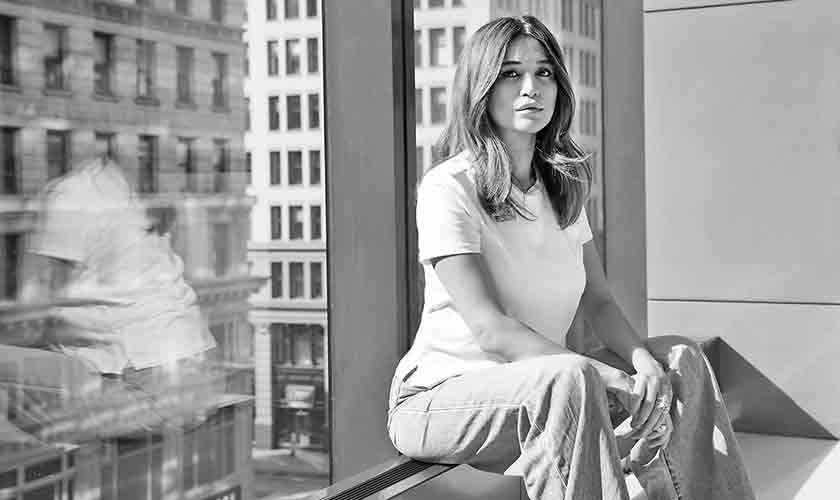 “Fashion is a fun way to express yourself.” – Sadia Siddiqui | Arch

BAn entrepreneur for most of her professional career, Sadia Siddiqui grew up in Pakistan, but moved to London after a while. She received her MBA in Business Marketing from Royal Holloway, University of London and lived there for almost two decades before moving to New York. According to Sadia, her fashion journey began after the birth of her son Jansher. Although she did not study fashion design as much as she wanted to, Sadia’s entrepreneurial spirit and drive to create a more diverse fashion landscape encouraged her to venture into the industry. of fashion and to launch the first authentic Asian model agency, Caramel, in London. “Caramel was my first step in building a career in fashion. I had the impression that Asians weren’t well represented in modeling at that time in London, “she says. Arch in an exclusive interview.

“There was no agency specializing in brown faces. South Asians are the largest ethnic minority in the UK, however in the fashion business we were extremely under-represented. Caramel gave young Asians the opportunity to enter the modeling business, with good hygiene and advice. I ran the agency for seven years, then I decided to branch out and move into a different creative direction, ”she says, adding that she also created the Fashion Parade to celebrate the designers of ‘South Asia in an unprecedented way.

Creative director, brand strategist turned designer, Sadia shares that she was the child from the difficult environment (one of the five girls) who simply loved fashion since her childhood. Most recently, she launched her luxury clothing brand, NACS, Not A Clothing Store, inspired by Brooklyn street style.

We reached out to the very dynamic Sadia Siddiqui to find out more about Fashion Parade and her creative company, among others.

Instep: What prompted you to get into this field?

Sadia Siddiqui: I remember drawing lookbooks for Betty and Veronica from the Archie comic over and over again. I think fashion is such a fun way to express yourself, it’s always changing. You can experiment and really try new and different things. I wasn’t particularly inspired by one thing – it came naturally to me, as a natural extension of myself. I was always creative when I was young and I feel like creativity doesn’t need formal training, either you have a creative eye or you don’t.

Instep: What was the idea behind the creation of Fashion Parade and how has it evolved?

SS: Fashion Parade was created to celebrate South Asian designers and showcase South Asia’s vibrant, colorful and unique designs to the world. The success of Fashion Parade, as the genre’s first celebration of South Asian fashion and art, made headlines across borders. Fashion Parade has worked to showcase the potential of South Asia through its catwalks. This has not only helped to change the discourse on Pakistan, but also the negative perceptions of our region which have been etched in the minds of the international community by the Western media. It was a new gateway to Pakistan and India, where the international press was invited to sit in the front row and see the potential of South Asia in fashion, design , crafts and art. The press wrote rave reviews of the fashion show, appreciating the “wonderful approach to beautiful costumes and craftsmanship” (WWD, 2019); and the South Asian weather describing it as “a mega success at Christie’s”. My role as champion of diversity has also been praised by CNBC declaring that “in New York, India and Pakistan are achieving detente through fashion”.

Instep: You’ve been associated with PFDC for quite some time. When did you take over the management of PFDC’s broadcasts and what’s next?

SS: Sehyr Saigol came to one of my fashion shows which was held at the Mandarin Oriental in London. She really liked the show and contacted me, inviting me to come to Pakistan and attend a fashion week. We started talking and along the way she asked me if I would like to work with PFDC.

I felt it was a great opportunity as I have always admired his work and his contributions to the fashion industry. Initially, I knew it would be a difficult task as I was an expat and it is not easy to be a newcomer to an existing industry, especially if you want to introduce new ideas and concepts. I think overall it has been a great experience and I really treasure the time spent with this platform. For now, I’m working on PFDC Fashion Week 2022. This year the council plans to create some great digital content – the entire show will be a visually immersive experience. Stay tuned, the show will be very exciting!

Instep: How was the experience of working on Pakistan Fashion Weeks?

SS: Overall, doing fashion shows in Pakistan had its challenges but was also extremely rewarding. While in London I was promoting Pakistan in arts, crafts and culture. So going back to Pakistan and putting on shows with some of the best designers in the country has been a wonderful experience. Also, working with Sehyr Saigol, who I believe to be an icon and a creative genius, was one of the highlights of working with the board and running the shows – it was a joy to work with her.

Instep: From running a runway to running your own fashion show and now launching your own clothing line, how did the transition go?

SS: The transition was not easy. Retail is a very tough market, it’s a beast in itself. I’m a creative person, so whether creativity comes from producing a show, running the runway, or creating designs for a clothing line, creativity finds a way to channel itself. The transition has been a learning transition and there is still so much to learn.

Instep: What is the concept behind your luxury clothing brand, NACS?

SS: NACS, Not a Clothing store, is a youth streetwear brand in Pakistan. I moved to Brooklyn three years ago from London and loved the American street style. In fact, my own sense of style has changed and has become both trendy and relaxed. During my travels in Pakistan, I felt there was a void in the retail market for a unisex streetwear brand. My brand brings a very Brooklyn, New York aesthetic to streetwear. Brick and mortar retail has been hit badly due to the pandemic, so I figured this would be the perfect time to launch an e-commerce streetwear brand for Pakistan. Social media has made Pakistani youth aware of global trends. My idea to create NACS was to bring luxury, limited edition, high quality streetwear for young people. All of our MOQs are very small, the material is export grade, we did a lot of our design in Brooklyn, and all of our specifications are US sizes.

Our design philosophy for NACS is to encourage individuality and make a statement. It’s a luxury streetwear brand designed for today’s youth, who are unconventional, have their own identity, feel good about themselves and don’t want to follow stereotypes.

Instep: What sets your brand apart from other streetwear brands?

SS: NACS is based in Brooklyn and influenced by the street style there. I took inspiration from my surroundings, took elements from New York and brought them into our brand. In addition, our brand is strictly online and unisex. I believe that people, especially young people, have the freedom to express themselves and not conform to perceived societal norms.

Instep: One thing you would like to change about Pakistani fashion …

SS: For me, the fit of an outfit is everything, so this is the change that I would appreciate. I think we’re very focused on finishing the outfits, but sometimes the most important thing is the fit and how the figure fits you.

Instep: fashion is more and more polarized here; your thoughts?

SS: I think it’s not limited to the fashion industry, everyone is polarizing and everyone has an opinion. We live in the age of social media where everyone has access to news, information and technology. Young people are very loud, they have an opinion and speak openly. I am in favor of expressing your opinion and taking a stand for what you believe in; however, I am not a fan of the cancellation culture. I think sometimes social media can amplify our mistakes and create disproportionate opinions. Also, I don’t like the culture of online trolling where everyone wants to be bullied, put someone down, or just kill them because they made a mistake. I believe we all make mistakes, but the key is to learn from them, get up and start over.

Instep: What are your future projects?

SS: Future plans are NACS. This is my last project and it’s a brand new start-up. We all know how tough and volatile startups are, so to be very honest I just focus on the NACS and feed it and give it a chance that it can do well. I can’t wait to lead PFDC and I also want to redo the Fashion Parade since it was on hiatus due to Covid. Life is unpredictable, especially nowadays, so for now I’m just focusing on my clothing line. The future is what you want it to be, so I take every day as a new day and an opportunity to learn, grow and strategize.