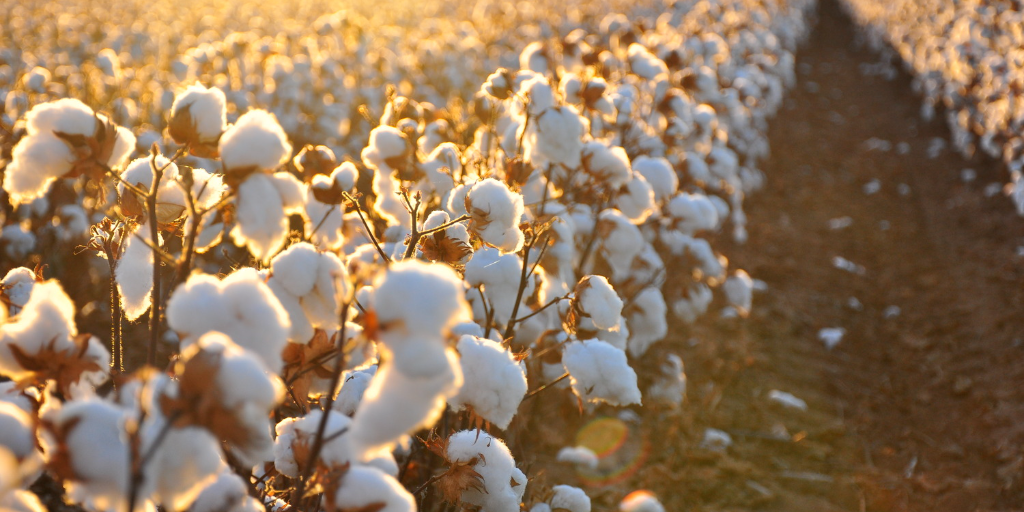 However, the current relevance of Egyptian cotton does not match its history.

Egypt imported more raw cotton than it exported in 2020, according to Data of the Observatory of Economic Complexity. This is a stark contrast to Egypt’s cotton production a decade ago, when it was Africa’s top raw cotton exporter with EGP 4.6 billion (USD 247 million).

Despite declining exports, Egypt has never been at the forefront of the world cotton industry in terms of trade volume. Countries like the United States, Brazil and India dominate in terms of cotton exports. Egyptian cotton was a forerunner due to its superior quality, a level of quality not found anywhere else.

Decades of declining quality and production damaging the country’s reputation for quality cotton raises the question of what caused its downfall – as well as efforts to revive Egyptian cotton.

The lost luxury behind the Egyptian cotton industry

“The [ELS] the fiber is longer, more durable, softer and more breathable [than other types of cotton]. It is the salt of the Mediterranean mixed with the soil of the Nile coming from the center of Africa. It’s that perfect blend of natural occurrences. It’s like buying champagne in Champagne, in France, it can only be done there,” says Rami Helali, co-founder of Kotn, an Egyptian cotton fashion garment, during his interview with Vogue in 2018.

Egypt’s discovery of high-end cotton production is indirectly attributed to the Civil War in the United States. The war created an increased demand for cotton by the United States, which meant that the country needed additional cotton beyond what it was producing.

Banking on the war economy, Egypt doubled its cotton production during this period and word spread of its unmatched quality. The country has not looked back since, turning its cotton industry into its main agricultural export during the 20th century.

But the luxury synonymous with Egyptian cotton has been lost in recent decades. The last decade of former President Hosni Mubarak’s reign was marked by corruption and crop tampering. As the Mubarak administration continued to liberalize textile industry, unregulated companies started importing low quality cotton under the false pretense that it was 100% Egyptian cotton.

“I would say late 2009, 2010 is kind of the time when I started to hear less about Egyptian cotton,” Steven Birkhold, former CEO of Lacoste and Diesel USA, told The New Yorker in 2020.

The 2011 revolution to overthrow the Mubarak regime further exacerbated the country’s cotton production. slump. The period of chaos engendered by political upheaval led to reduced regulation and oversight, which degraded agricultural land and the overall quality of Egyptian cotton.

In 2015, what was once a two million acre subsidized farming operation in the 1980s had decreases to only four hundred thousand acres with all subsidies removed. Many who worked in the cotton sector called it the death of the country’s cotton industry.

Egypt is stepping up its efforts to revive an industry that is three percent of its GDP. Shortly after the cotton crisis of 2015 and 2016, the government renewed some subsidies on the plant.

Around the same time, American retail giants Target and Walmart deleted hundreds of thousands of Egyptian cotton products hit the shelves after it was discovered that Welspun, an Indian textile supplier, was falsely advertising Indian cotton for luxury Egyptian cotton.

This public relations crisis has given Egypt an unexpected lifeline, as retailer demand for Egyptian cotton has increased dramatically. Directives of President Abdel Fattah Al-Sissi months later would mobilize the government to double cotton production from 700,000 qintars (80 kilograms) to 1.4 million.

In addition, the Cotton Egypt Association – a subsidiary of the Ministry of Trade and Industry responsible for distributing the accredited Egyptian cotton brand – ink an agreement with Welspun to ensure the use of genuine and branded Egyptian cotton following their retail scandal.

In 2020, Egypt joined the Better Cotton Initiative, a global governance group that aims to improve the quality and production of cotton in farming countries.

A few years later, Egypt recorded a significant increase cotton exports – despite the economic stagnation of the coronavirus pandemic and the recent Russian invasion of Ukraine. Exports amounted to 5 billion EGP (274 million UD), an increase of 1.3 billion EGP (71.2 million USD) compared to the previous year.

Once tagged as the “Fourth Pyramid” of Egypt, the country is now trying to rebuild the high-end economic status of flora, once again aiming to put Egyptian cotton on the fashion and textile map.

How the inhabitants of Uvalde see their city: “Everyone knows each other”