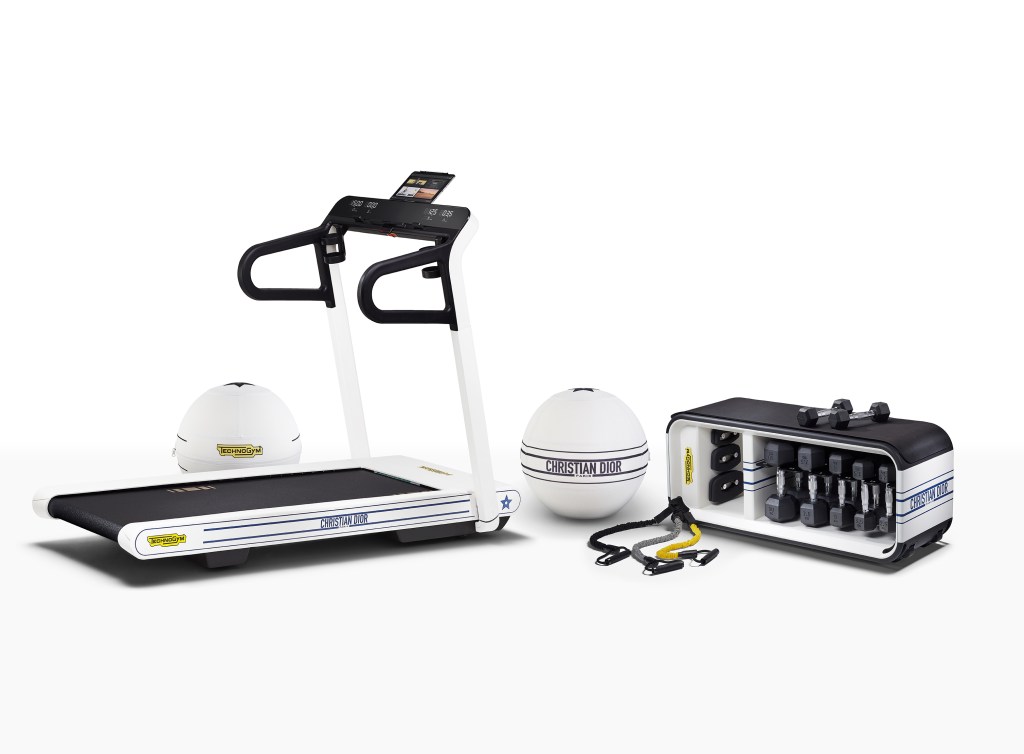 THE STARS OF THE GYM: Dior wants you to train not only in Dior, but on gear bearing the Dior logo, nothing less.

On the occasion of the launch of its Dior Vibe sportswear line, designed by Maria Grazia Chiuri for the 2022 cruise parade in Athens, the French luxury house has joined forces with the Italian company Technogym, a specialist in high-end sports equipment and digital technologies, to create the Dior and Technogym Limited Edition.

Technogym has revisited the design of its connected treadmill, its multifunctional weight bench – including accessories such as dumbbells – and its gym ball. They will now be available in a white version embellished with a Dior star and the name Christian Dior embellished with the brand’s five emblematic horizontal stripes.

The equipment will go on sale in January in certain Dior stores. More than 50 million people train with Technogym at home and in 80,000 wellness centers around the world, the company said.

The collaboration with Technogym is not the first time that Dior has launched into equipment. Last year, the company partnered with Italian brand Vespa to create an exclusive scooter and a range of matching accessories, including a matching helmet and top case designed to attach to the luggage rack.

Dior channels the Olympic spirit for a cruise parade in Greece

Dior launches a scooter with Vespa

Gray market: that’s why all your fashion icons are seniors