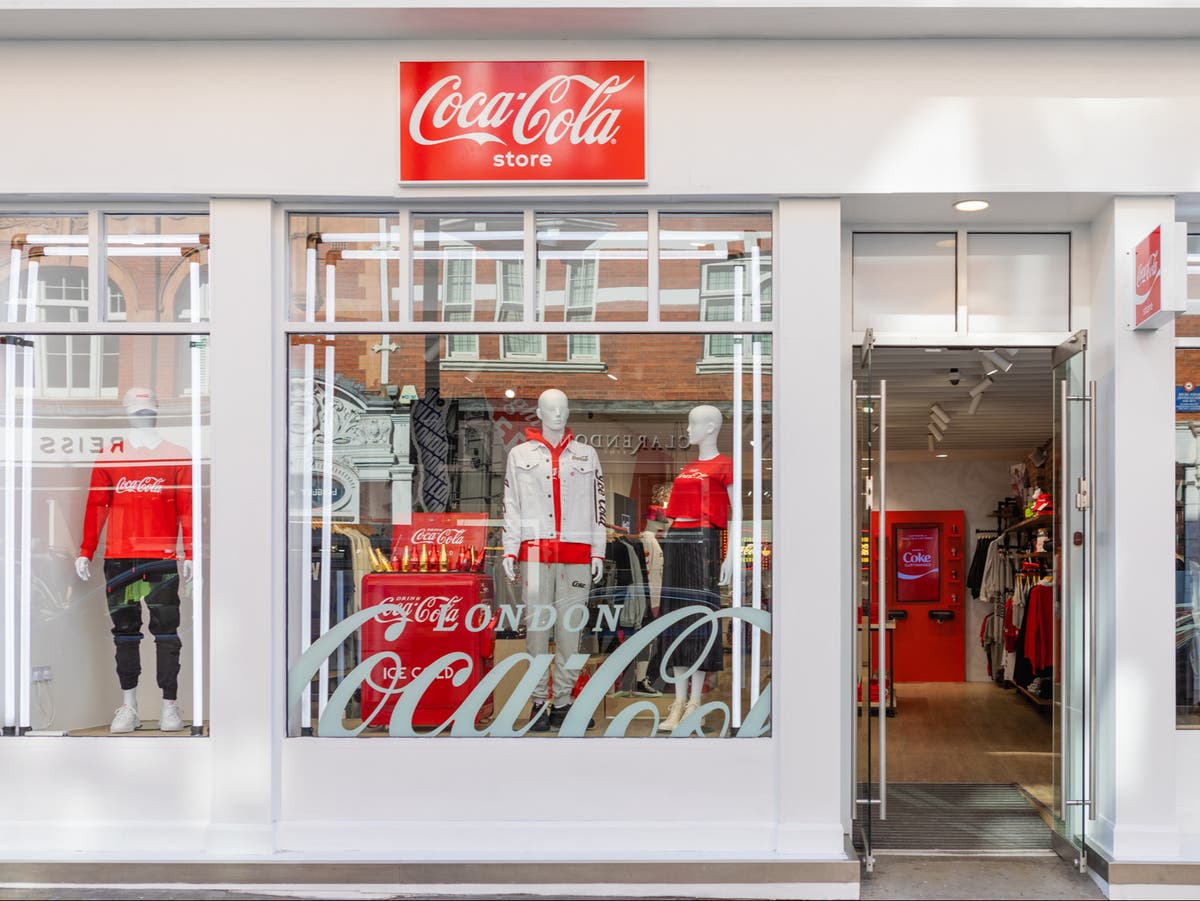 Coca-Cola has opened the doors to its first flagship fashion store in London’s Covent Garden.

The London store, which will open on Thursday April 28, offers a range of streetwear and workwear, as well as sustainable clothing and accessories made from recycled Coca-Cola bottles – an initiative launched in 2013.

Collaborations with UK and global designers such as Soho Grit, Alma de Ace, BAPE, Herschel, Staple, BE@RBRICK and many more will be available in the coming months.

An exclusive collection designed in collaboration with denim brand Lee is present in the store, including denim jackets, jumpsuits and jeans.

Coca-Cola already has similar retail stores in the United States, in Orlando, Las Vegas and Atlanta.

The new store also offers a Coca-Cola can personalization feature, which allows customers to create cans with their name or a special message on them for a gift or personal use.

Shoppers can also enjoy mocktails featuring the soft drink, such as a twist on the traditional Coke float and a mix of other flavors while browsing clothing and merchandise in-store.

The first store of its kind will be opened by RuPaul Drag Race United Kingdom star Tayce, alongside a host of influencers and content creators who will introduce him to their millennial and Gen Z audiences.

Speaking at the launch, Tayce said: “An icon like Coca-Cola opening a new store in London? I had to be the first to experience it. Fashion collections, personalized cans, exclusive drinks – what more could a girl want? »

Michelle Moorehead, Vice President of Licensing and Retail at The Coca-Cola Company, said: “We have opened the doors in London to our first new concept store in Europe.

“This store is our chance to offer Coca-Cola fans a premium range of fashion and collectibles, and new ways to experience our beverages.

“Through a collection of products made from recycled materials, it also gives us a great opportunity to share our sustainability commitments with people and take them with us on our journey to a waste-free world.”