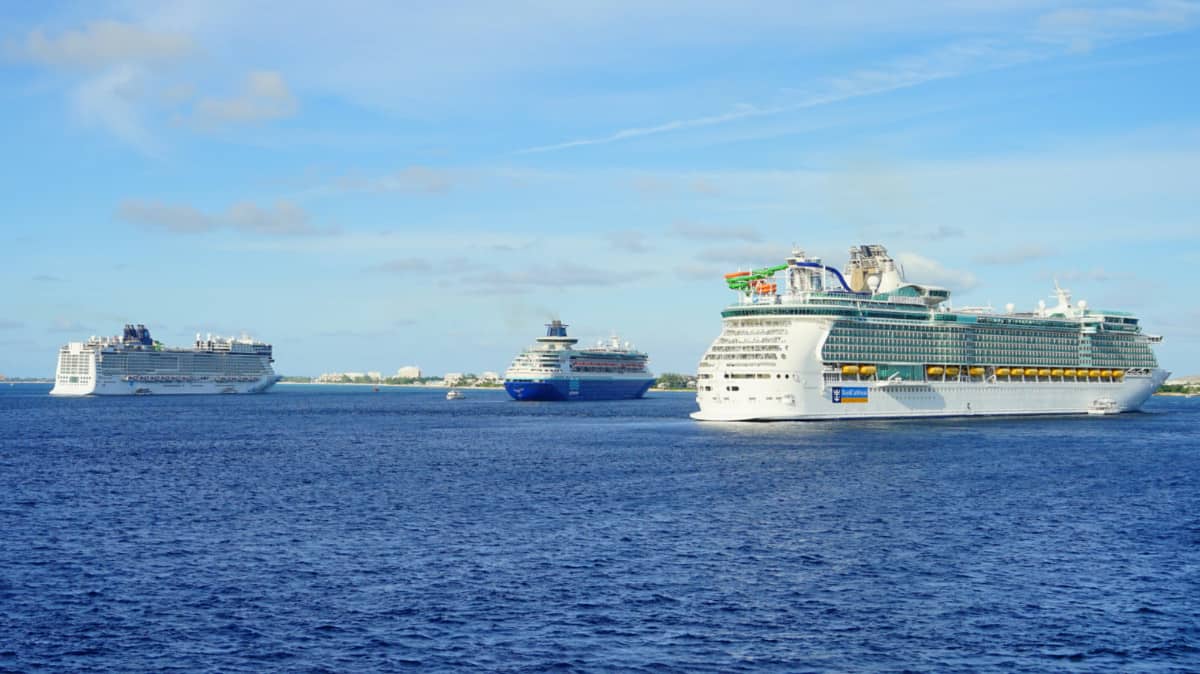 After a reasonably successful Phase 1 of reopening for cruise ship visitors, the Cayman Islands will move into Phase 2 in the coming week. This phase means restrictions on the number of cruise ships calling each day will be removed.

During Phase 1, which began March 21, 2022, nearly 75,000 cruise ship passengers visited the Cayman Islands. It was the first time in more than two years that cruise ships were allowed to return to the Caribbean islands.

The Cayman Islands open their doors

After a period that lasted more than two years, cruise tourism has made a successful comeback to the Cayman Islands. For the past three weeks, the country has allowed cruise ships to return on a limited basis, a restriction that will be removed now that the government moves into phase 2.

From Monday April 18, the government will no longer limit the number of cruise ships allowed to call George Town, Grand Cayman. The different phases are part of a long-term cruise tourism strategy designed to allow the country’s economy to rebound. With 57 ships expected by June, the process is well underway and back to normal.

Tourism Minister Kenneth Bryan mentioned, “Vessels will now revert to the normal process of liaising with the Cayman Islands Port Authority for approval to dock, rather than going through the Department of Tourism as was the case for Phase 1.”

The cruise tourism phases are a separate process from the normalization process of everyday life in the Cayman Islands, which is now in phase 5. The process aims to be able to open the country without restrictions to locals, overnight tourism and cruise tourism.

Health protocols will remain in place during Phase 2, including all guests and crew members being fully vaccinated. However, unvaccinated children under 12 must be accompanied by a fully vaccinated adult.

Passengers must also comply with all local rules, such as wearing a mask ashore. Before boarding the ships, passengers must present proof of a negative test.

The rules have proven effective; during the first phase, there were no significant changes in new cases.

Acting Chief Medical Officer Dr Autilia Newton said: “The strict health protocols implemented by the Cayman Islands government exceed guidelines issued by the Centers for Disease Control and have been effective in protecting the health of residents.”

“Furthermore, public health’s analysis of cruise passenger data collected during Phase I found no clear link between the number of COVID-19 cases currently on the island and passenger arrivals. cruising.”

The tourism industry registers a significant increase in its activity

While the cruise industry will be more than happy to be able to send ships to Grand Cayman again, the return saw an almost immediate response, with many businesses reporting an increase in business.

CITA Vice President Troy Leacock said: “Despite the drop in ship occupancy and the limited number of ships, there has been an increase in visitor activity. This indicates very strong demand from the cruise industry and cruise lines for our Cayman business,”

The Minister of Tourism urged cruise lines to address the concerns of their customers: “The Cayman Islands Government has asked cruise lines to increase their communication with passengers to ensure passengers are aware of the need to adhere to our safety protocols on the island, particularly social distancing and wearing masks indoors at outlets and restaurants.

There will be 19 cruise ship calls to the Cayman Islands; in May; this number will increase to 29 ships in June.

The state of private label