Can Khadi be India’s trump card in the global luxury sector?

By Monica A. Scribner Last updated Oct 2, 2021
0
Share
At the time, on September 22, 1927 to be precise, in Young India – a weekly started by Lala Lajpat Rai, Mahatma Gandhi asked readers a pertinent question: “Do you have the Khadi mind? He wrote, “If we had the Khadi spirit within us, we would surround ourselves with simplicity in all areas of life. The “Khadi spirit” means unlimited patience. For those who know anything about the production of Khadi know how patiently spinners and weavers have to work hard in their trade … “Khadi spirit” also means equally unlimited faith … “Khadi spirit” means fellowship with every human being on Earth. ”For Gandhi, Khadi was more than just a fabric, it was a way of life. And 73 years after his death, you have to hold on to that thread, feel the creators and the experts textile.

Fashion and textile curator Prasad Bidapa says he believes Khadi and India’s hand-woven textiles represent true luxury, deserving of being called the best textiles in the world. “India is one of the last countries to have such a wealth of hand-woven fabrics reflecting a 3000-year-old history that encapsulates the traditions of our spectacular heritage,” he notes. However, modern India has fallen in love with machine-made textiles.

In 2015, under the leadership of textile historian Martand Singh, Bidapa approached the government of Rajasthan with a project called Rajasthan Heritage Week. It was an effort to make khadi and the loom fashionable and relevant again. The project was based on forging partnerships between the state’s textile artisans and top Indian designers, and as Mahatma Gandhiji’s 150th birthday approached, the project took on added urgency. Many designers joined the effort, including the late Wendell Rodricks, Abraham & Thakore, Rajesh Pratap Singh, Rohit Bal, Rimzim Dadu, Manish Saksena, Little Shilpa and many more.

The week saw some amazing innovations with Khadi. For example, Rajesh Pratap Singh, worked with the Khadi wool weavers of the Barmer groups to develop a refined version of wool; Abraham & Thakore worked with Sanganer’s block printers to create contemporary designs; Rohit Bal worked with raw khadi, processing it and then creating a magnificent embroidered bridal collection; Manish Saksena has worked with Kota Doria sarees from the Khaitoon clusters. 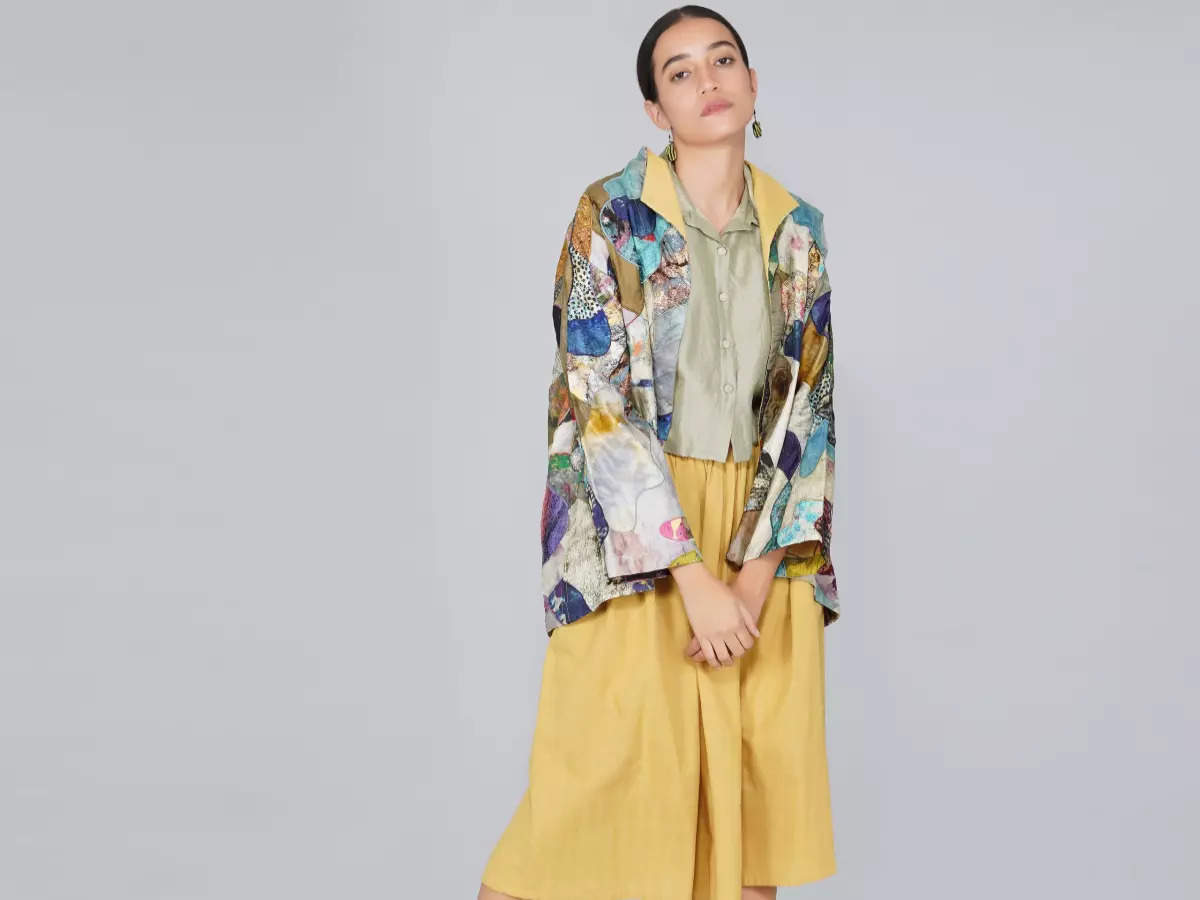 (A sepia skirt by Yavi)
INNOVATION IS THE KEY

What the Bidapa week proved is that Khadi needs a reinvention, an overhaul. Many young designers are now working with the hand-spun fabric to create a contemporary identity for it. From designers like Anushe Pirani who made them easy to wear summer suits to Yadvi Aggarwal from Yavi who uses Khadi as a canvas for innovative dyeing and printing techniques. Aggarwal says, “It is only recently that Khadi has gained popularity. So far it has been featured as a native Gandhi cloth. Until now, its application in the interior of the country has been of rustic fabrics for the rural population. What weighs it down is the total misunderstanding and misrepresentation of the intrinsic value of the fabric and its multitude of applications for genuine luxury designer clothes.

Agree Madder Much’s Anita Chandramohan who says Khadi has great potential to transform into contemporary luxury fabric. “The biggest challenge we have as brands with Khadi is being able to access the weavers to enrich them with new urban subtleties. As local brands, the cost of sampling and designing is very high.

(Dress by Madder Much)

Sujata Keshavan, founder of Varana – a London-based brand targeting the high-end global market and recently sported by Sonam Kapoor – says the main challenge they’ve faced is the lack of awareness of hand-weaving and weaving. Khadi among our clients. She recounts the time she visited Premier Vision, the textile fair that caters to the garment industry in Paris, and found that there was no representation of hand-woven textiles. “This despite the fact that there are over ten million people working in the loom industry in India alone,” she exclaims. The way out? “You have to do a lot of advocacy and explain the relevance and importance of hand-woven textiles in general and Khadi in particular.” 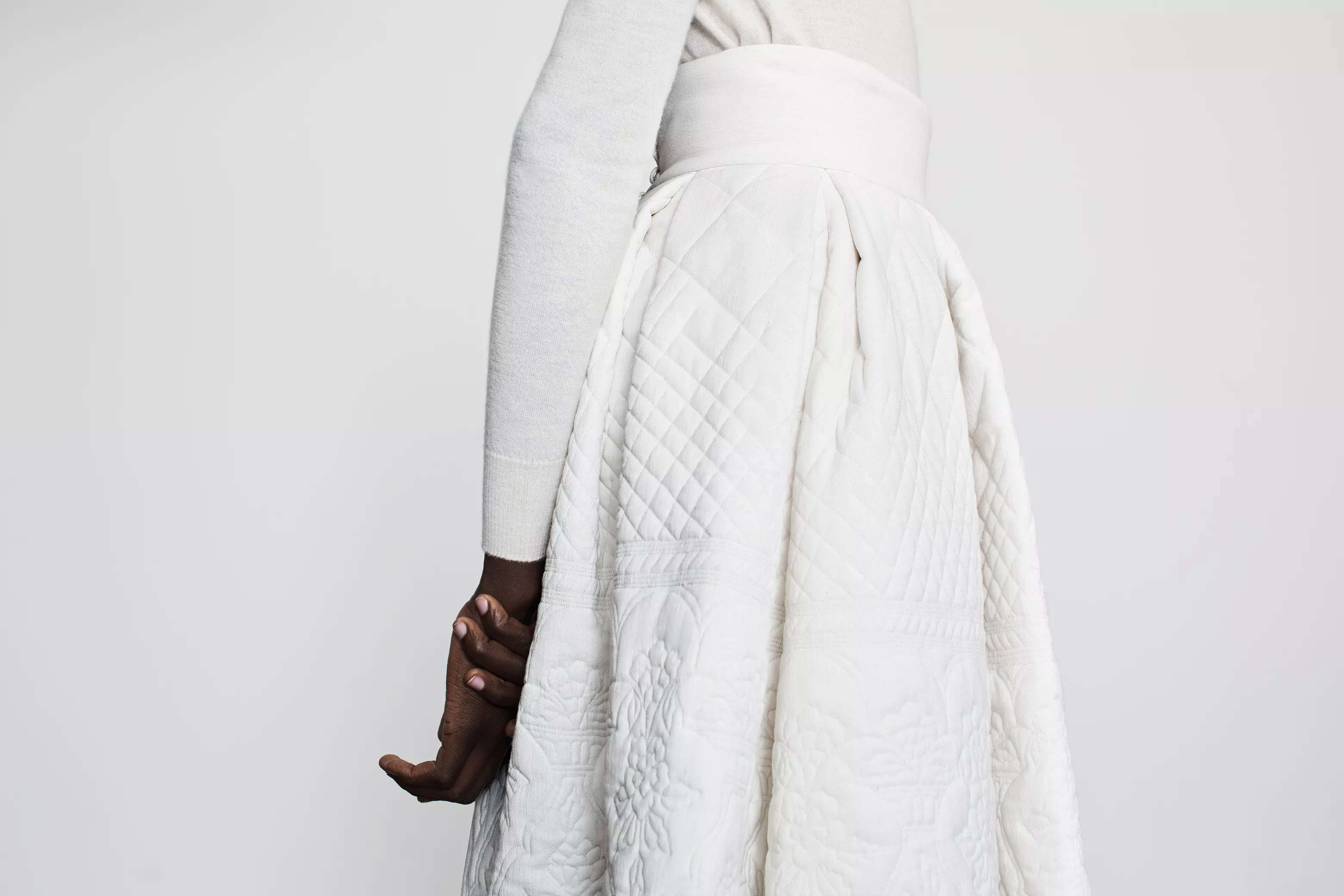 (A Varana creation)Recently, the looms have also received a great boost on the institutional level. Aggarwal says the concept of the loom and hand-loom has such broad connotations when it comes to its application. “Its ability to absorb and stay wrinkled as well as its rustic texture give it the immense value of a natural product that it represents. Unlike a straight drop, it has vast potential for unstructured looks, which makes it unique. This characteristic sets Khadi products apart.

Designer Shruti Sancheti who works extensively with Khadi says credit goes to the designers who have revived Khadi for the past two decades and made Indians aware and fiercely proud of this elegant fabric. “I used lots of fresh colors and patterns and better numbers of yarns to make my clothes more contemporary, flowing and relevant to today’s generation. I love the understated, understated luxury it offers to my design sensibility and serves as the perfect base for handcrafted pieces, ”she notes.

Khadi and KHADI are owned by Khadi & Village Industries Commission (KVIC) as a trademark. In July 2021, KVIC obtained trademark registrations in three other countries: Bhutan, United Arab Emirates and Mexico, in addition to six previous countries, namely Germany, United Kingdom, Australia, Russia, China and the EU. Outside of these countries, KVIC’s trademark applications are pending in 40 countries around the world, including the United States, Qatar, Sri Lanka, Japan, Italy and others. In 2018, KVIC asked more than 200 entities, including Fabindia, not to use terms such as “hand-woven”, “hand-spun” and “woven on looms” without its prior authorization. The idea is to prevent the misuse of Khadi’s ethics and what it stands for. But designers and brands who work with fabric find it limiting.

Aggarwal says that the KVIC and its marketing campaign appear to be a little detrimental to the growth of the tissue as such. “Instead of encouraging designers to promote their innovation and help them, KVIC is ready to sue people who have used the word Khadi,” she notes. Khadi, she argues, is an umbrella word for hand-woven, hand-woven fabric.

Agrees Keshavan, who believes this appropriation of the word Khadi is wrong, adding that even Mahatma Gandhi did not restrict Khadi’s weaving or the use of his name to any group, association or commission. She asks, “When Indian designers now use hand-spun and woven fabrics, what are they supposed to call it, so that they can be understood? People are forced to use convoluted descriptions because no other word will suffice. For example, they could introduce geographical names like “PonduruKhadi” or “Phulia Khadi” instead, but claiming exclusive ownership of the term is counterproductive and difficult to control at the national level with thousands of producers. Chandramohan says that as long as it is mentioned as an indigenous fabric that represents the Swaraj movement, we should wear the label with pride. 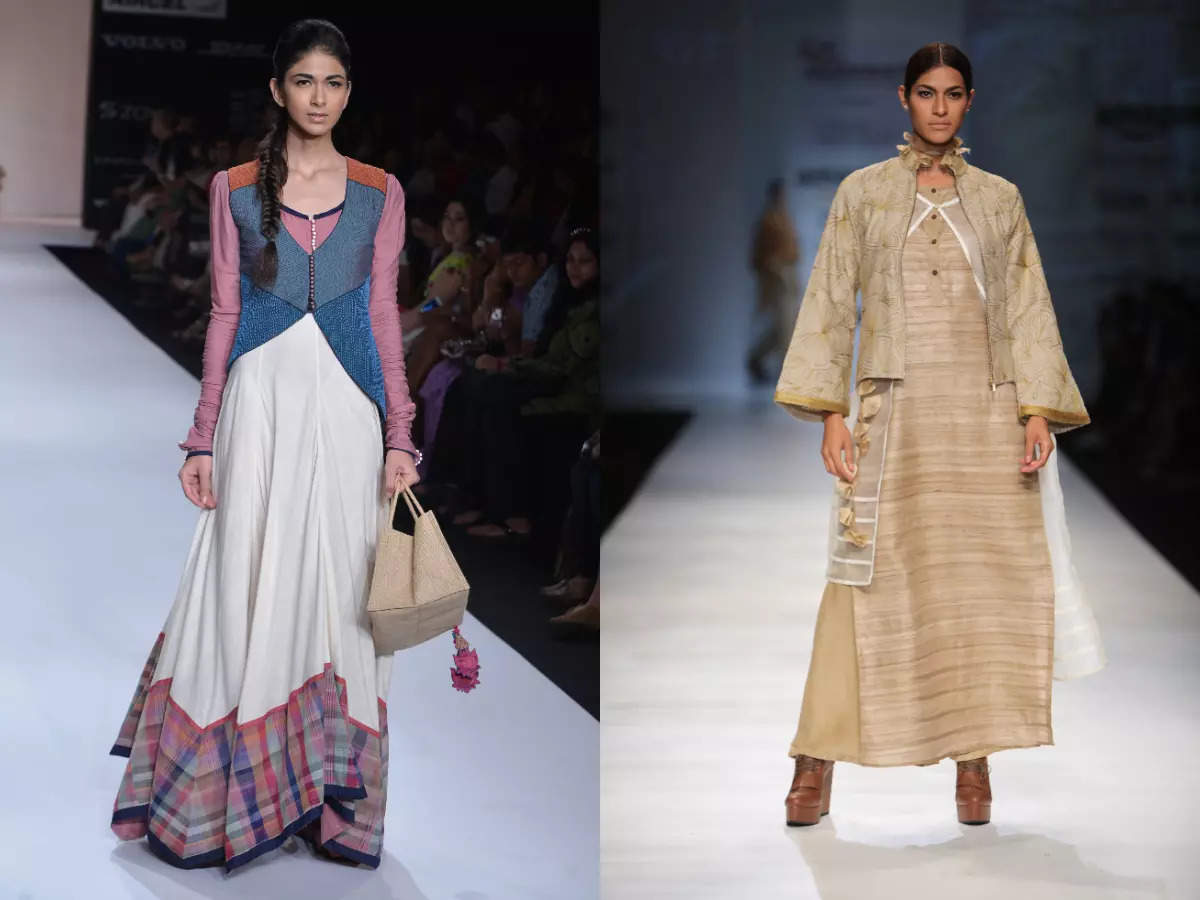 
However, Sancheti says some regulation is needed, “It is imperative to establish standards and regulations to maintain the impeccable quality of this handcrafted fabric, otherwise substandard or mixed products are sometimes presented as khadi.”

Khadi, on its own, can be India’s answer to global luxury – a versatile fabric with understated opulence and subtle charm. Sancheti adds, “Khadi is already a premium fabric and with the design intervention and support of the bodies involved it can soon be a super luxurious premium fabric because the fabric has qualities that can make it global. Aggarwal agrees and thinks Khadi can easily replace everyone else as ultra-luxurious fabric. What he needs are effective promotions. “It’s not that the current breed of designers can’t give Khadi the luxury status it deserves, but to promote Khadi, we believe KVIC should hold a consultative session with the designers and implement their suggestions. . ”

Khadi definitely has a unique history and identity that is inextricably linked to India. Keshavan says: “A completely hand-made process, it means true luxury as it reveals the hand of the weaver, so that no two meters are the same. It is the antithesis of mass-produced luxury. But the question is really a question of design: what one actually does or creates, using Khadi. To elevate Khadi and attract discerning luxury customers, one must create finished products with a modern and sophisticated design.

The need is to appreciate the hand-weaving traditions of India. As Bidapa puts it, “For me, a designer who doesn’t recognize the unique aspects of hand-woven fabric, choosing instead to buy mass-produced Chinese imports is little more than a tailor, contributing nothing. to a sustainable future. This is where Gandhiji would have liked to see Khadi – celebrated around the world as the best that India has to offer. After all, in Khadi, we trust.

Oppo A55 launched in India: price, specs and more