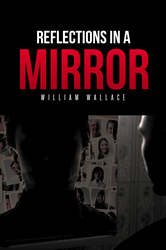 William Wallace, who was born and raised in the Dundalk community of Baltimore County, Maryland, has completed his new book “Reflections in a Mirror”: a gripping and powerful novel that follows the search for a serial killer.

After capturing the serial killer in Tennessee, the rookie agents assist Agents Longfellow and Dickinson in their next case that takes them between Lexington and Louisville, Kentucky, in search of a serial killer whose targets are bartenders, strippers or anyone else who gets in his way. .

Growing up in Dundalk, author William Wallace found the community surrounded by many mega manufacturers, such as General Motors, Lever Brothers, Westinghouse, Bendix, Martin Marietta and Bethlehem Steel. Almost every household had relatives who worked at one of the businesses in this large, working-class neighborhood. William graduated from the University of Baltimore with a major in English Literature. While at university, he had three short plays published in an annual university publication.

After graduation, William was hired by a national company as part of a management training program. After working for two companies after college, William was able to start his own business which grew successfully and eventually sold several years later.

After the sale of his business, William retired from the business world. He decides to return to his first passion for writing and publishes his first novel, “Toby”, followed by “The Pedophile Priests”, “The Blade Maker”, “The Palindrome Murders” and his last novel, “Reflections in a Mirror”. .”

William writes: “Director Wellington said, ‘We have three dead in Tullahoma, Tennessee, who were killed by a clown. He killed the owner of the convenience store, a cashier and a customer who was shopping there. There is a video of the whole shoot which may be helpful. I can’t say much about the clown’s identity other than his shoes. He wore Nike Air Zoom Tempo running shoes. They were white with the Nike swoosh in Columbia blue. Due to a recent surge in unsolved murders in Tennessee, Kentucky and West Virginia, law enforcement officials in all three states have requested the FBI’s assistance in determining whether they may be dealing with a serial killer. We need you and Agent Dickinson to start by investigating this killer clown and see what you can find out about these murders and your opinion on whether he is a serial killer in general or not,” Director Wellington concluded.

Published by Page Publishing, the gripping story of William Wallace leaves readers constantly eager to know what happens next as each unpredictable chapter unfolds.

Readers interested in discovering this captivating work can purchase “Reflections in a Mirror” in bookstores around the world or online at Apple’s iTunes Store, Amazon, Google Play or Barnes and Noble.

For more information or media requests, contact Page Publishing at 866-315-2708.

Page Publishing is a traditional, full-service publishing house that handles all the complexities of publishing its authors’ books, including distribution to the world’s largest retail outlets and royalty generation. Page Publishing knows that authors should be free to create, not bogged down with logistics like converting eBooks, setting up wholesale accounts, insurance, shipping, taxes, and more. Page’s accomplished writers and publishing professionals empower authors to leave those complex, time-consuming issues behind and focus on their passion: writing and creating. Learn more at http://www.pagepublishing.com.

Share the article on social networks or by e-mail: