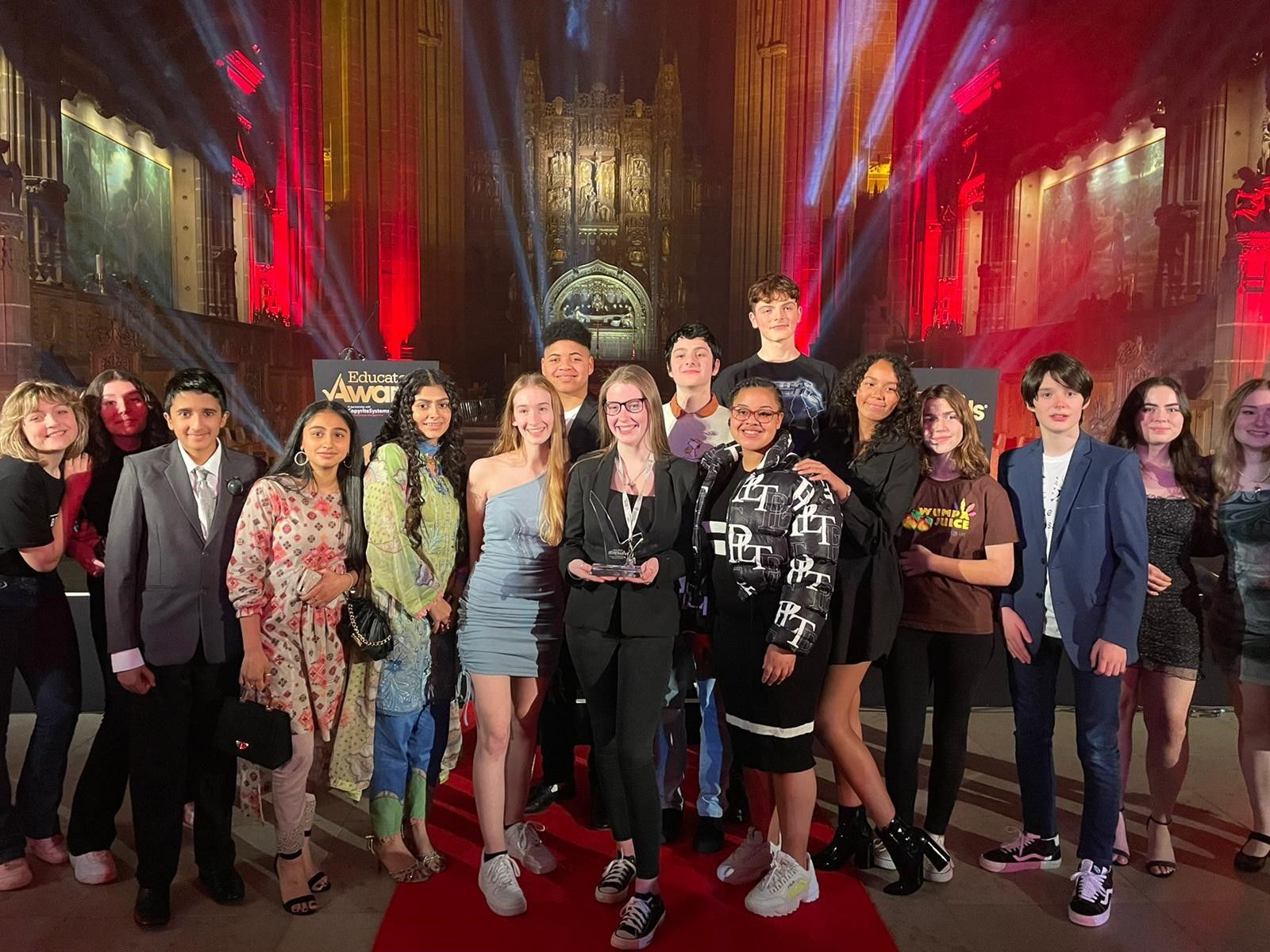 One school was recognized for its art project at the North West Educate Awards.

On the night of the awards ceremony, the school presented the clothing collection to over 600 guests as the students paraded the red carpet.

A student also performed a break dance to the song â€œBillie Jeanâ€ by Michael Jackson.

Principal Steve Campbell said, â€œOnce again, I am delighted and so impressed with our students and their creative skills in winning the Outstanding Arts in a Secondary School award at the Educate awards ceremony.

â€œThe students had a fantastic time working with Sissy Rooney, Founder of Street Style Surgery, to develop their ideas and designs for the ‘Kindness’ clothing line and director Sean Lovell.

â€œWinning the award meant a lot to the school and as the students had the opportunity to showcase their creations on the podium at the awards ceremony, their work was seen by over 600 guests in the evening.

The school was also a finalist for the Community Partnership Award and Wow! Recognition Award ‘.

The Educate Awards celebrate the excellence of schools in Lancashire, Merseyside, Cheshire and Greater Manchester with this year’s event hosted by broadcaster Simon Ross.

This year was especially special as the event, which focuses on different aspects of school life including careers and business, STEM, SEND, sports, the arts and mental health, celebrated its 10th anniversary.

The students who participated in the cuteness fashion line are part of the school’s Let’s Be Foundation, a youth-led social action initiative that empowers young people to serve their local community.

Waqar Ahmed, Creative Producer of the Kindness Project, said: â€œWe wanted young people to promote the concept of kindness by allowing them to create a unique clothing brand.

â€œI think our students have done an amazing job and developed an exciting new line that delivers ‘cuteness all year round, every season’.

â€œAfter the success of the project, we now intend to reproduce the designs for general sale.

â€œThe proceeds from sales will be used to support the community social action of the Let’s Be Foundation.

“Thank you to the Educate Awards and to the judges for recognizing our kindness project.”