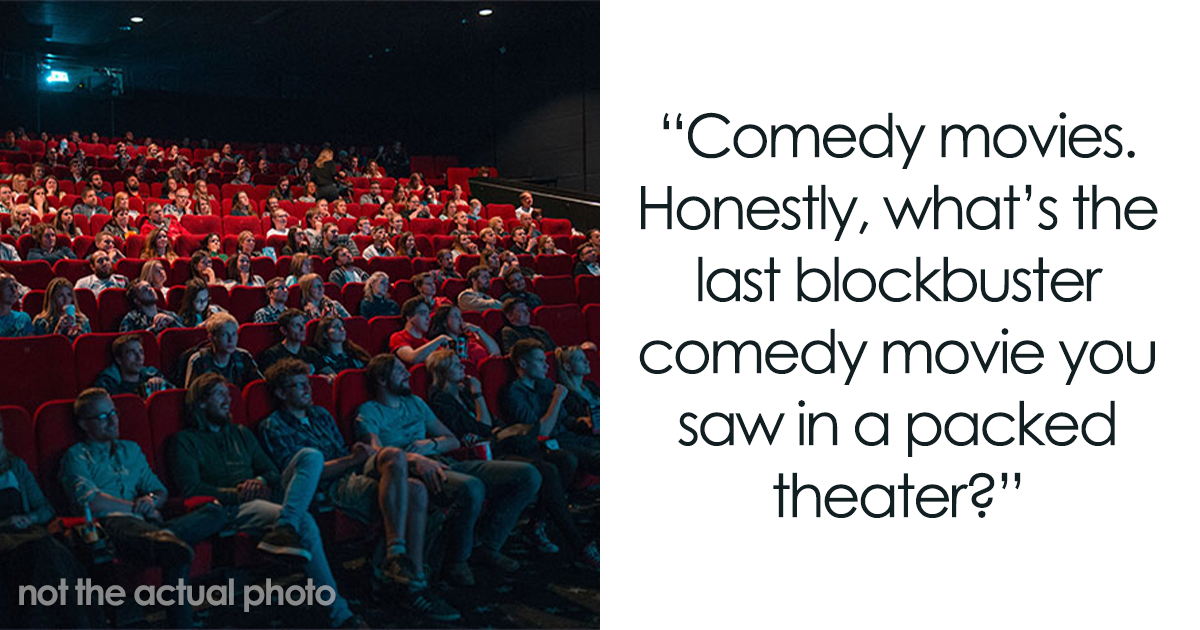 35 things that are no longer in their “golden age”, as shared in this online discussion thread

Our world is changing at an incredibly fast pace. Just think of how far humanity has come and how much we have all achieved in the past few decades alone. Whether it’s the multitude of devices and gadgets or new fads, techniques and designs that are seeping into our daily lives, it’s simply fascinating to see how innovation unfolds before our eyes.

But as we all know, time is a cruel creature. While we marvel at many technologically updated trends that make everything easier, it also means we have to say goodbye to some common day-to-day activities that were once a thing but not anymore, for better or worse. So one person who goes by pachungulo on Reddit decided to take a trip down memory lane and asked fellow community members, “What aren’t we in the golden age anymore?” And the yarn immediately became a hit.

Thousands of people jumped at the chance to share the golden age we left behind. From nostalgic memories that warm our hearts tangled with feelings to obsolete things that we already wish we could forget, bored panda has collected some of the most interesting examples to share with you all. So keep scrolling to enjoy the list, vote for your favorite entries, and be sure to share your own ideas below in the comments!

Diffusion. There were 10 happy years where everything was basically on one or two platforms. Now we’ve more or less reinvented television with the fracturing of media platforms (but on demand, it’s still an improvement but come on, it was so cool for a while there).

Wages relative to inflation have been stagnant for years and the wealth gap is widening faster than ever. Moreover, this wealth has been used to tip the scales even further towards those with means, accelerating the trend. In addition to the dismantling of protections and the creation of even more inequalities by law, technology is also playing a role through automation which seems poised to send even more wealth to those who can afford it. today to develop and deploy a new wave of automation.

I feel like we all rent, borrow, stream, digitally download, or just consume and repurchase shoddy products.

Mobile games. I mean Jesus fucking Christ, I’m a gamer and I despise mobile gaming in its current form.

Internet of course. Everything is far too centralized now and the majority of internet traffic goes to a small number of sites. I miss forums and personal web pages. We should bring them back.

Huge economy. There was a brief moment when AirBnb and Uber were cheap, unique, and awesome.

Government for the people by the people has slowly been eclipsed by money/power in politics. Elections no longer matter, as the system is set up to corrupt whoever is in power.

We have [took out] so many fish it’s a f*****g tragedy. According to some estimates, we have [took out] 90% of the world’s shark population alone. Reading old books and bumping into glib commentary about fishing is depressing as hell.

I love seafood, but we need a decade-long commercial fishing shutdown, followed by much tighter limits and better regulations. There are a bunch of really dumb rules out there right now; bycatch is wasted, for example. Let’s get rid of the sportfish and farmed seafood for a while and let the fish come back.

Fishing today has nothing to do with what it was fifty years ago. A century ago it was like another planet. And this is coming from a kiteboarder, someone for whom sharks are a real threat.

Halloween trick or treat. I used to have between 25 and 50 kids on my doorstep every year. Now I’m lucky if I see 10. People don’t do it anymore.

Music videos. So much money was spent on music videos in the 80s and 90s. We’re talking six figures. Today, only the artist at the top comes close to that kind of money for music video budgets. With the accessibility of the internet and the speed with which pop culture is changing, it’s no longer worth putting so much money into a music video.

You could say the quality has improved, but if budgets were to increase again, there could be some pretty impressive music videos today.

i like my chickenspicy , Give a shout to Report

Reason, we are rapidly falling back into the dark ages where superstitions ran wild and the clergy dictated what “truth” is

Company. It is no longer about community and watching over your neighbor. It is now normal to think “Aim for everyone, as long as I get what I want”.

Old games from the App Store. Now we have fake ads for current app store games.

Information. You have to study a number of subjects just to watch the news without getting frazzled. The same applies in spades to social media. It’s everywhere like Wikipedia and any random Google search.

At least not here in the UK, we seem to be obsessed with creating tons of s****y carbon copy homes that lack character. Bring locally sourced materials and good community dispositions, not that cold bag bullshit.

The MCU in particular and Nerd culture in general. It looks like it’s hit its peak and now, despite still being a cash cow, the MCU isn’t churning out as much quality as it used to. Nerd culture has become so mainstream and everywhere, yet most practitioners still claim they are bullied and outcasts, despite most of the media over the past decade being geared specifically towards them.

Comics – don’t feel like rushing to the comic book store (yes, a whole comic book store) with a certain allowance and buying the latest Punisher or Spiderman series. The thrill of leafing through those huge boxes of comics to find the ones you like, the smell of paper, the hookah at the counter (who was super nice to us).

Doctors talk about it all the time. The price of medical education has skyrocketed, but payments to see patients and perform procedures have steadily fallen. Most doctors earn about half their wealth compared to what they earned just 20 to 30 years ago. And most leave school with 1/3 to 1/2 million in debt. Not to mention the complete lack of control and power within the healthcare system, as everything is now run by businessmen, insurance companies and nursing administrators.

If it wasn’t for the work itself, which is rewarding about 20% of the time, I’d quit. Oh and the debt. I can’t quit because of the debt.

I’m fascinated by all the creative features of cars from the 50s/60s. They were fun, colorful and distinctive. Sure, there were wacky designs too, but at least they tried. Now it’s always the same boring shapes and colors, nothing really stands out and it’s driving me so crazy

Children’s cartoons for sure. The golden age was clearly like 1995-2007. SpongeBob SquarePants, Courage the Cowardly Dog, Ed Ed and Eddy were all classics back in the day and I don’t think anything ever reached that level of creativity. Adult cartoons certainly fall into its category as well.

When I was a kid, all new technologies were always considered amazing. Anything new made things better. Then there was the rise of big tech, social media, influencers and all that b******t.

When new technology comes out, I guess it makes things cheaper and/or more convenient. I don’t think it will “make things better” like we did before