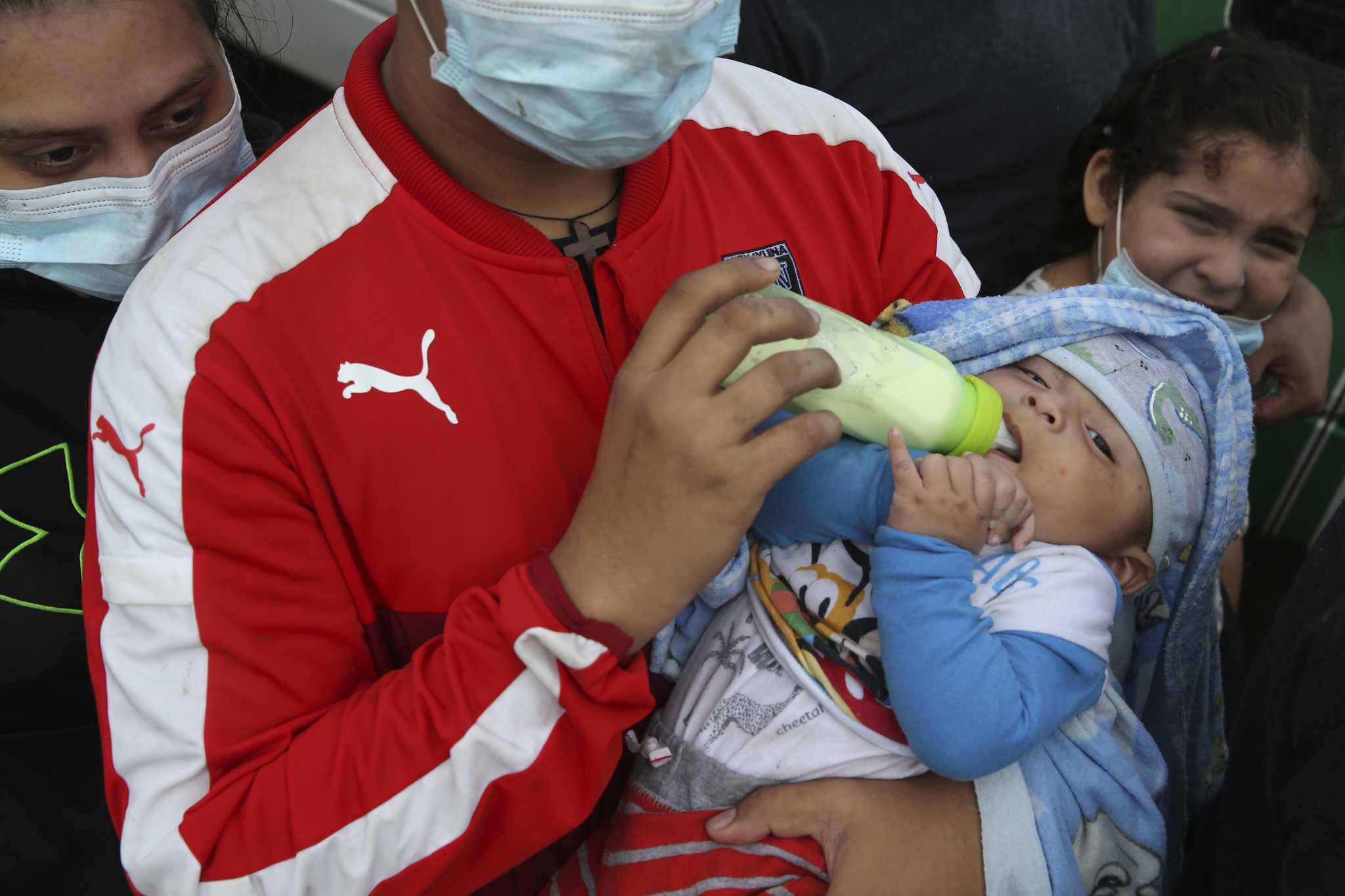 I never thought I would see the day when the governor of my state spoke out against baby feeding.

I am not naive about the depths to which Texas politics can plunge.

I saw demagoguery and I saw buffoonery. I’ve seen special sessions that I thought would never end.

I heard US Representative Louie Gohmert warn against Muslim extremists sending pregnant women to the United States to give birth to “terror babies”.

I have seen Lieutenant Governor Dan Patrick relentlessly persecute transgender children by keeping them away from school sports and public restrooms.

So maybe I shouldn’t have been stunned by Governor Greg Abbott’s Thursday statement, released in conjunction with Trump sidekick Brandon Judd, chairman of the National Border Patrol Council.

Citing the current shortage of infant formula at retail outlets in that country, Abbott criticized President Joe Biden’s administration for providing food to migrant infants detained in US facilities.

“As mothers and fathers stare at empty grocery store shelves in panic, the Biden administration is happy to provide formula milk to illegal immigrants crossing our southern border,” Abbott said.

It should be noted that federal law states that these babies must be fed.

The Flores Settlement, a 1997 court agreement, stipulates that minors held in immigration detention must be provided “drinking water and food as needed.”

For all of Trump’s border posts, his administration has also enforced this policy. They did this even when the United States experienced a formula shortage in the spring of 2020, caused by supply chain issues and panic buying in the early months of the COVID-19 pandemic.

We all remember the race for toilet paper during this time. We tend to forget the lack of formula milk.

In April 2020, USA Today referenced the “lack of toilet paper, disinfectant cleaners, baby formula, and meat” in US stores.

The current infant formula shortage was triggered three months ago when Abbott Nutrition voluntarily recalled batches of its formulas manufactured in Sturgis, Michigan.

Let’s leave aside the legal requirement that migrant babies must be fed while in detention in the United States. Let us focus for a moment on the human dimensions of this question.

What exactly is Governor Abbott advocating here? Does he want US officials to starve the migrant babies in their care?

This is the only conclusion that can be drawn from the indignation he expresses at these fed infants.

This is the same Abbott who often speaks of his belief in the “sacredness of human life” and the need to protect the “most vulnerable among us”.

In 2016, at Abbott’s request, the state implemented new rules requiring the cremation or burial of fetal tissue.

The governor’s spokeswoman, Ciara Matthews, said the new rule “affirms the value and dignity of all life.”


All the life. Not the life that comes with a green card or proof of citizenship. All the life.

A year ago this month, at a signing ceremony for a state law allowing private citizens to sue anyone who helps a woman have an abortion after heart activity is detected in the fetus, Abbott said, “Our Creator gave us the right to life. ”

He added, “In Texas, we are working to save those lives.”

Apparently, Abbott concluded that our creator didn’t care that much about the right to life when it comes to migrant babies.

San Antonio Congressman Joaquin Castro, who became a father for the third time less than two weeks ago, could not hide his disgust at Abbott’s flattery.

“As the father of a newborn, I am struck by the callous inhumanity of Greg Abbott,” Castro tweeted Thursday.

Castro noted that migrant infants are fed “because these babies are in government custody and unable to buy formula at HEB or Walmart.”

Maybe we finally need a Geneva Convention for culture wars.

Perhaps we have to agree that manipulative political rhetoric can only sink so low. That he must stop before he directs people’s base instincts into a dark tunnel from which they cannot find the exit.

This is where Abbott is heading.