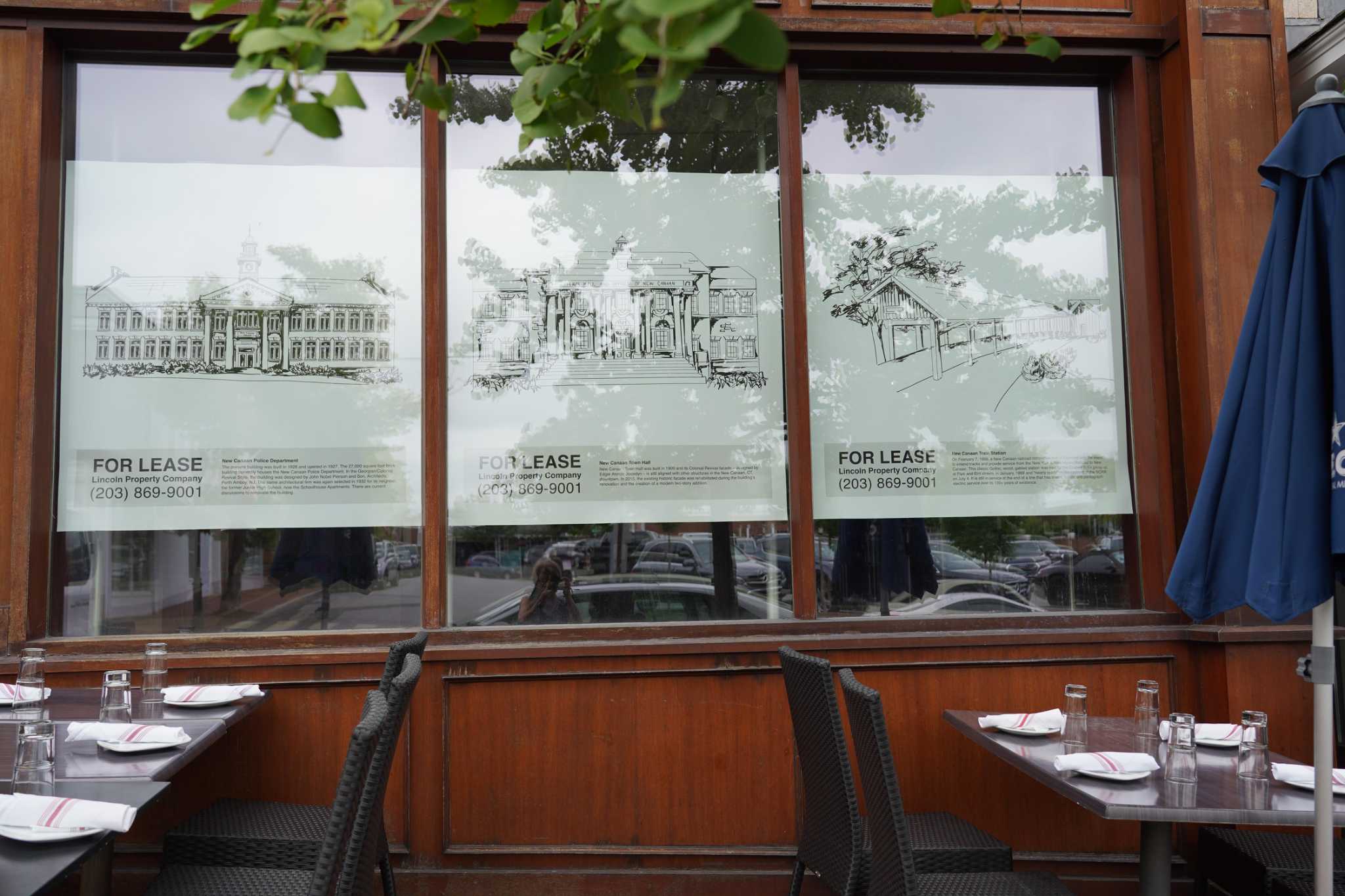 The first wallpaper designed to beautify the 19 empty shop windows in the Village neighborhood was placed on the most recently released business, the former New Balance shoe store located at 128 Main Street.

The number of non-commerce storefronts fell from 11% to 9%, or 23 to 19 in total, according to a count taken by Hearst Connecticut Media on June 25, compared to its last count on May 3.

There is some optimism in the recent Economic and Advisory Committee on Tourism. â€œIt looks like the spaces are starting to get active again, and there are a lot of looks around,â€ TEDAC President Tucker Murphy said at the June 24 meeting. “The good news is we don’t need as many (murals) as we thought”

There are 207 street-level storefronts and three more will be added soon when a mixed-use building is completed at 240 Locust Ave.

There have been some encouraging changes, with some locations being dropped from the vacant list, including one on South Avenue, where Life Aquatic was located and a Groove pop-up store; at 1 Morse Court, where a liquor store license application notice is on the door where the Azzul shoe store was located and The Marvelous Marylyn Malkin moved to 139 Elm Street, where a Verizon store was located.

A pop-up store moved to 137 Elm Street called Vintage College Memorabilia, where Irresistibles was located. Owner Steven Melillo believes there are plans to open another business after he leaves.

A sign referring to the arrival of Luscious & Co. Beauty is currently located at 107 Main Street, where Wave was located. This location was not on the original vacancy list, as a non-profit organization was temporarily occupying it.

Two additional stores, New Balance and a small beauty salon at 2 Cross Street, have become vacant in the past six weeks

“(The) next effort is to get (wallpaper) in other places,” said Chamber of Commerce executive director Laura Budd. “I think they look great, they are very clean, they are nice.”

Budd spoke to realtors, in part to help spark excitement for the murals, including one for the Main Street properties between Connecticut Muffin and Blue Mercury, which receives the most reviews for its appearance in the town.

These locations are owned by an out-of-town owner, “who doesn’t seem interested, which is a shame,” Budd said. Budd also spoke with realtors about ways the city could help new businesses.

The banners are 45, 75 or 115 inches high, allowing people to see inside the establishment. The banners feature information at the bottom, including rental information on one side and a description of the local building shown in the photo on the other side.

The group hopes to include a QR, or quick response code, a type of barcode that can be linked to information about the location or the subject of the design.

The $ 300 per panel price for the wallpaper will be shared between TEDAC and the building owners, Murphy said.

At a previous meeting, TEDAC members voted in favor of First Selectman Kevin Moynihan’s recommendation to spend up to $ 2,500 on the project from the economic development budget.

In accordance with this criterion, Citi Bank at the corner of Park and Elm streets was counted in the total number of storefronts.

Every business counted as one, regardless of the size of the location, and unoccupied storefronts were counted by doors facing the street.

Positive changes since May:

1. 9 South Ave. : Groove pop-up store moved in, after the relocation of Life Aquatic.

5. 139 Elm St: The wonderful Marylyn Malkin moved to where Verizon once was.

8 best shaving creams, according to dermatologists