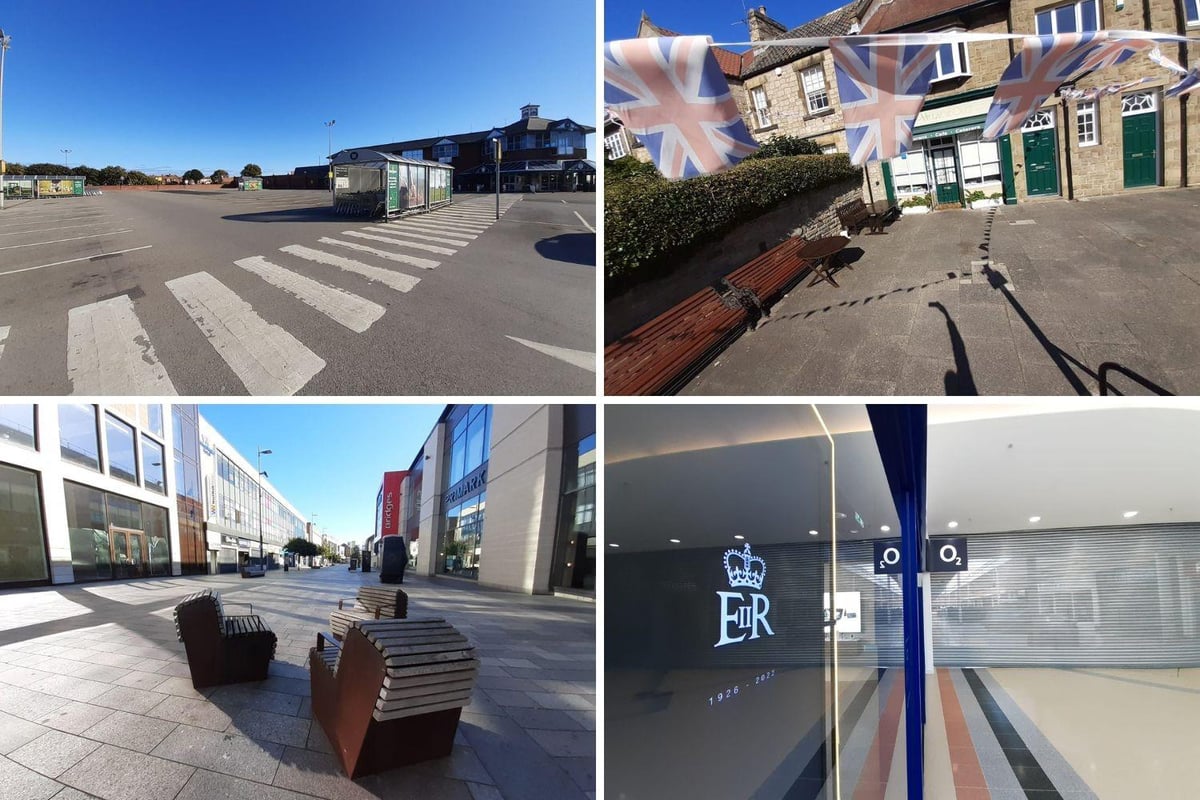 High Street West, Market Square and Keel Square were deserted as an eerie silence reigned in the city on what would normally be a busy Monday morning with commuters heading to offices and outlets at the start of the working week.

The bustle of shoppers on High Street West and Fawcett Street has been replaced by quiet calm with no cars or pedestrians in sight with only the occasional sound of a seagull passing overhead.

Supermarket car parks remained empty as many large chains opted to close for the day while empty benches and cafes – which would normally be packed with people sharing a coffee and a conversation – captured the somber mood of a city ​​in mourning.

The decks were empty of shoppers and retail workers, but the tribute to Queen Elizabeth II displayed on the mall’s electronic billboard was a poignant reminder of why the city had indeed closed for the day.

Here are 14 harrowing photographs from the day Sunderland fell silent as the nation marked the passing of Queen Elizabeth II, the country’s longest-serving monarch.

The city of Sunderland remained silent as mourners stayed home to follow the state funeral of Queen Elizabeth II.

2. The city is silent

The city of Sunderland remained silent as the nation marked the passing of Queen Elizabeth II.

Despite the absence of buyers, this message on a billboard was a poignant reminder of why the city had fallen silent.